After a very long wait, Call of Duty fans finally have a dedicated ranked mode for the first time since Black Ops 4 in 2019. Treyarch’s League Play ranked mode is here in Call of Duty: Black Ops Cold War, and gives competitive-minded players something to really grind for.

The ranked mode shares its name with Treyarch’s previous modes in the Black Ops Series, and the majority of its features are the same. It is also working in tandem with the Call of Duty League, the franchised esports league housing the world’s best CoD players. League Play takes on the CDL rulesets and game modes to give players the sensation that they’re really playing on one of the Call of Duty League teams.

If you’ve never indulged yourself in a Call of Duty competitive mode before but you’re fancying the challenge, then fear not, as we’ve got the answers to all your queries about League Play. What is it, how will I climb the ranks, and what do I get in terms of rewards? 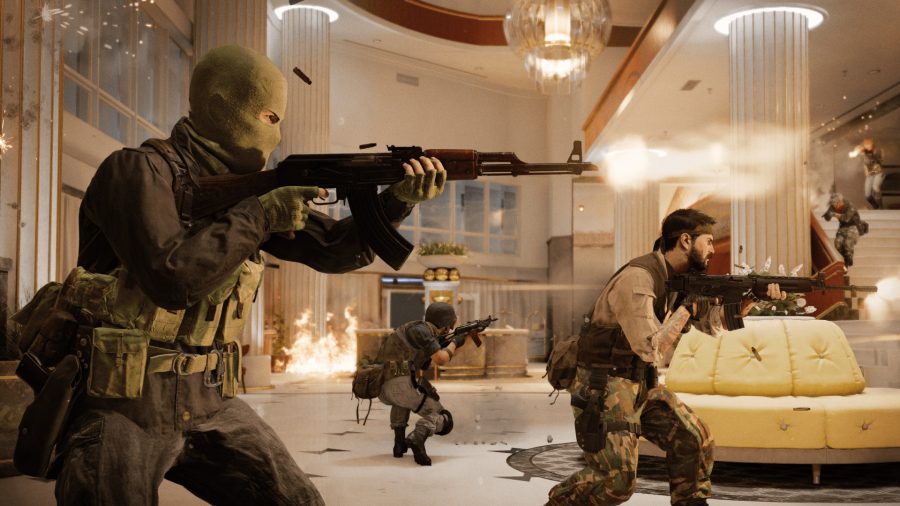 Like any competitive game mode, League Play has a rankings system for you to climb. However, ranked play in Black Ops Cold War is considerably different to the typical system used to climb the Apex Legends ranks or the League of Legends ranks, for example.

In Black Ops Cold War, you need to earn Gems to move up a rank. Gems are earned from your placements in Division Ladders, which are groups of 50 random players picked from the same Skill Division as you (more on those in a moment).

You will only ever play against players of the same Skill Division as you in League Play. 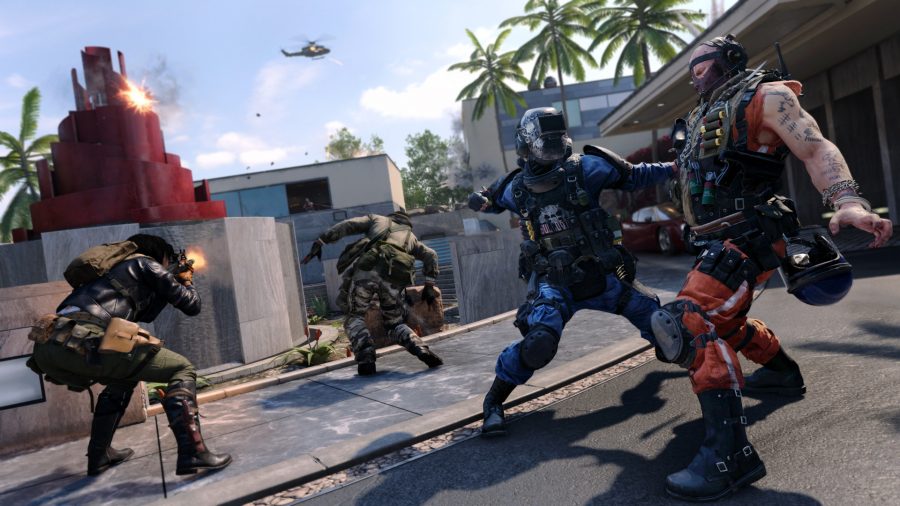 There are four Skill Divisions in Black Ops Cold War League Play, each representing a certain percentage of the player base depending on their skill.

Here’s the breakdown of each Skill Division:

These Skill Divisions determine who you will match up against in League Play games. All 50 players in a Division Ladder will also be selected from the same Skill Division.

In Black Ops Cold War League Play, there are 30 ranks.

In Black Ops 4, the then 20 ranks were simply numbered 1-20, which is slightly boring if you ask us. In a world where games have far more exciting names for their top ranks, such as ‘Apex Predator’ in Apex Legends or ‘Radiant’ in Valorant, we were hoping for some flashy new names.

However, the ranks are still simply named 1-30. Shame.

Competitive modes or playlists in Call of Duty games will always have a set of rules and restrictions that players must compete under, and these are usually the same as the ruleset used by pro players in the Call of Duty League (previously the Call of Duty World League).

This means that some weapons, attachments, scorestreaks, perks, and field upgrades will be banned, and there will be a limited amount of maps and modes to play.

Since the 2021 Call of Duty League competitive settings are already out, we have a pretty good indication of the rules we’ll be playing under. You can find them in full here, but here are the major things to look out for.

Three modes – Hardpoint, Search and Destroy, and Control – will be available in League Play, across the maps Checkmate, Crossroads, Garrison, Miami, Moscow, and Raid. Note that not all of these maps are playable for every mode – for example, Control is only played on Checkmate, Garrison, and Raid, and Miami is only used for Search and Destroy. More maps might be added to the map pool at a later date, though.

If you love whipping out your best DMR loadout in Black Ops Cold War, then you’re out of luck in League Play, as all tactical rifles are banned, as are all light machine guns.

Expect these restrictions, and all the other CDL rules, to be implemented in League Play. 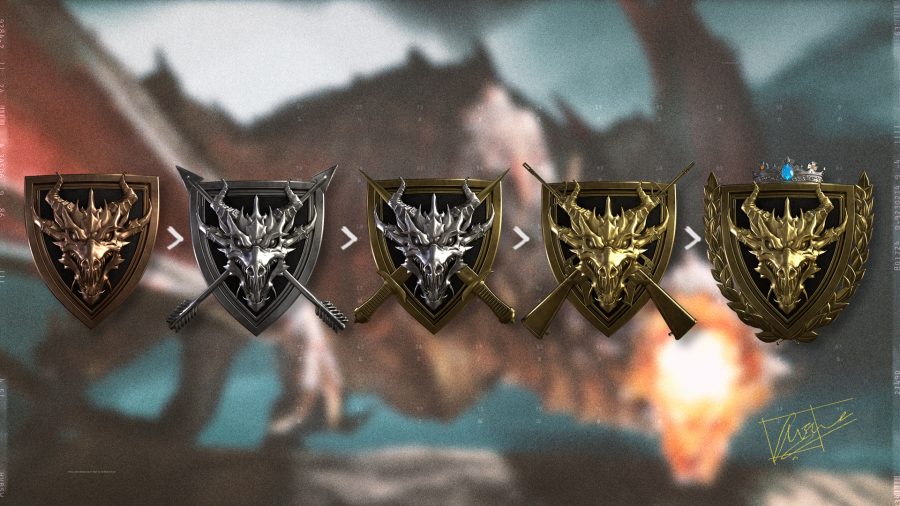 League Play rewards in Black Ops Cold War are sadly only limited to rank badges and calling cards at the moment. There are no operators, blueprints, or weapon skins that can be won from playing League Play.

Calling cards are earned every five ranks (5, 10, 15, 20, 25, and 30), and the colour and appearance of your rank badge will change (as you can see above) depending on your placements in Division Ladders.

That’s the lowdown on League Play, so don your favourite Black Ops Cold War class and get stuck into the competitive experience.