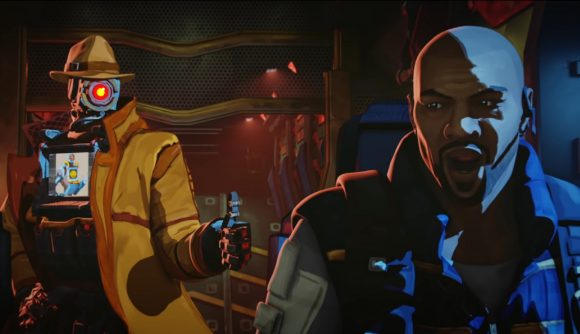 As Respawn prepares to launch Apex Legends Season 8: Mayhem, the battle royale game has never been more popular – at least not on Steam. Fans celebrated prematurely ahead of the game’s second anniversary, and Apex Legends reached its highest ever number of concurrent players on the platform.

Season 8 is set to make huge changes to King’s Canyon, as well as adding new legend Fuse – whose entrance triggered the explosives that will irreversibly alter the original map that we know and love.

Also new for Season 8 is the 30-30 Repeater lever-action rifle. Season 8 goes live on February 2 and, if the Steam numbers are anything to go by, we could see more players than ever take to the field. Players will undoubtedly log on to check out the new character, weapon, and of course start the battle pass – or at least have a look to see if the skins tickle their collective fancy.

The peak player count for Apex Legends hit 119,680 players on Steam on Sunday, January 24 as measured by SteamCharts. The popular game currently sits as the seventh highest played game on Steam, but it has a lot of ground to make up if it wants to challenge Counter-Strike: Global Offensive, which has an astonishing peak player count of 1,115,683.

With a new season and the game’s anniversary – which Respawn currently hasn’t announced any plans for – fast approaching, we can expect player counts to continue to rise as more content drops.

On the competitive side of things, Respawn will hope that the Apex Legends Global Series Championship will draw a lot of viewers to the esport. The Championship is confirmed to be taking place after the culmination of the Winter Circuit, and players and fans alike are hoping that the tournament will see the best of the best compete at a LAN event for the first time since the pandemic began.