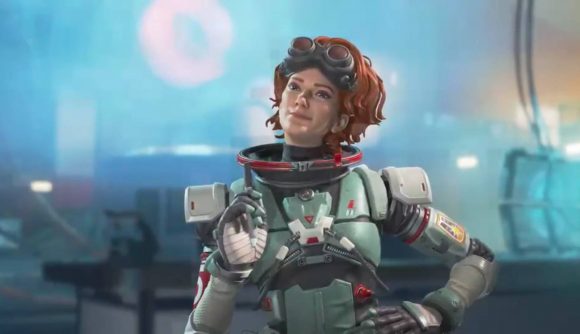 Apex Legends will give its newly released, round-based mode Arenas its own ranked mode next season. Arenas launched without a competitive ladder at the start of Season 9, but Apex Legends game director Chad Grenier confirmed during an EA Future of FPS livestream that Season 10 will introduce a dedicated ranked mode.

Arenas was the first permanent Apex Legends mode that was not a battle royale, and mashed its gameplay with smaller maps and a CS:GO or Valorant-style economy system where weapons and consumables could be bought at the start of each round. Now that it has had some time to settle, Respawn is keen to cater to the competitive crowd with an Arenas ranked mode.

While there were next to no other details given about it, including whether it will work similarly to the Apex Legends ranks for battle royale, the promise of a ranked mode will be music to the ears of Arenas players who have had little to grind for in Season 9.

As well as the ranked Arenas announcement, Grenier also hints at the next legend coming to Apex. While we will get more info at EA Play Live on July 22, he does confirm that we are getting a male legend for Season 10.

With a new map dropping during the next event, and the mode getting its esports debut at BLAST Titans later this month, it’s clear that Arenas is an experience worthy of some investment and attention.