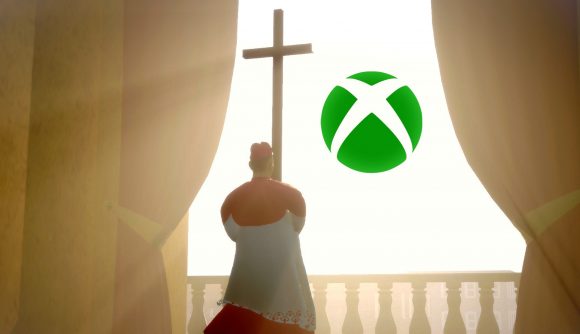 Ever wondered what the Pope gets up to in his spare time? Chances are, it isn’t grinding the Apex Legends ranks or diving into one of the Xbox Game Pass August free games. But on the off chance that His Holiness does own an Xbox, he’ll wake up to some good news.

That’s because Microsoft has expanded its Rewards program to over thirty new territories – including Vatican City. That means Pope Francis and the other 824 inhabitants of the world’s smallest official country can now earn Reward points for buying new Xbox titles, completing Xbox Game Pass quests, or grinding some of the best free-to-play games on the platform. Microsoft Reward points can then be exchanged for everything from supermarket gift cards, to Xbox store credit, to entries into giveaways for big prizes – unfortunately the papacy isn’t one of them.

While we can imagine His Holiness would be an absolute menace at Halo Infinite, it’s more likely that he would opt for something a little less-violent. Perhaps he’d survey il Vaticano using the wings provided to him by God – and by ‘God’ we mean Microsoft Flight Simulator – or even swap the Popemobile for the Forza Horizon 5 fastest car as he whips round Mexico.

As spotted by ‘IdleSloth’ on Twitter, as well as Vatican City, a further 37 countries have been added to the Microsoft Rewards scheme, ranging from other micronations like Monaco and San Marino all the way up to bigger countries like Turkey and Poland.

The scheme is now available in 58 countries in total.

If you are excitedly reading this news, Mr. Pope, you may also want to take a peep at our picks for the best upcoming Xbox Series XS games. Also if you want to squad up for some Halo any time soon, drop us a line.

Additional nonsense from Aaron Down.