Valorant Episode 2 releases tomorrow, and Riot Games has released plenty of details about the new-look ranked mode. While the gameplay is untouched, we’re talking about rank rewards, progress bars, and leaderboards. Yes, you heard that right, we’re getting Valorant leaderboards in Episode 2!

The developers are keen to unveil the new-look ranked mode, as Ian ‘Brighteyz’ Fielding and Jon ‘EvrMoar’ Walker explain in a message to the fans. “We appreciate how much feedback you all have given us around the rank system,” they say. “Many of our changes are made directly based on what we’ve heard from you all. Please keep letting us know your thoughts around these changes and ranked in general. Our promise is to keep listening and making changes for years to come.”

The biggest change is the ranked leaderboard, which will allow players to see exactly how they fare against the best players or biggest streamers. The leaderboard will be able to be accessed in-game or on the Valorant website.

The leaderboard will be split up into six regions, NA, EU, APAC, BR, LATAM, and KR. The top 500 players per region will be bestowed Radiant rank, and approximately the top 1% will be known as Immortal, which has now been condensed into one rank.

As well as the addition of legitimate active leaderboards, the ranking system has also had an overhaul ahead of Episode 2. There is now a progress bar which displays your Rank Rating and your proximity to the next rank – cutting out the guesswork involved in the process during Episode 1. 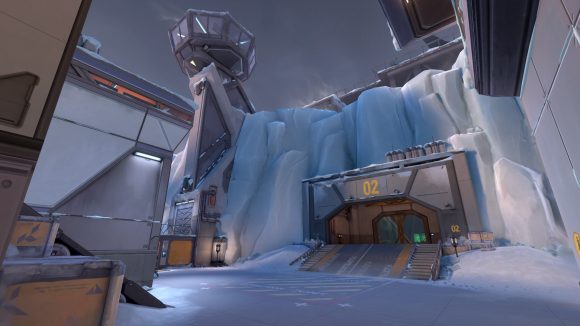 You’ll also see precisely how much Rank Rating you’ll earn from playing matches, which will be between 10-50RR for a win. “Exceptional performance at lower ranks” can help you speedily climb through the lower tiers, but you will always lose RR when you lose a match, and gain RR when you win. Individual performance is only taken into account from Iron to Diamond ranks.

There’s also a brand new ceremony for ranking up and more clear information about rank rewards, which is very welcome.

Episode 1 players shouldn’t feel left out, however, as they will receive gun buddy rank rewards based on their peak rank during the period. You’ve still got a few hours to improve your rank also, as Episode 1 finishes at 22:00 local time on January 11. Episode 2 is scheduled to start on January 12.

The final change is to the distribution of players. Riot is “significantly reducing” the number of players in Iron rank, and increasing the percentage of players distributed in Bronze, Silver, Gold, Platinum, and Diamond. So that’s good news if you were struggling to get out of the lowest rank, but more competition for everyone else.

We’ve updated our Valorant ranked guide with the changes, and will continue to do so with any further additions – but for now the best thing to do is get into a game and start climbing!