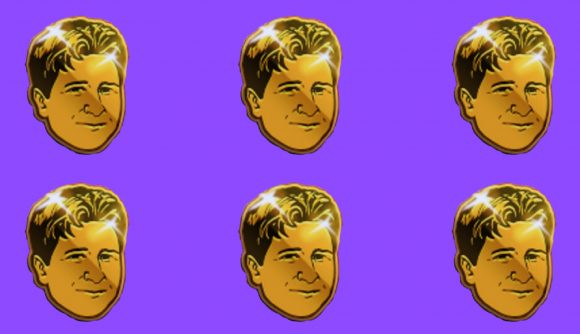 The Kappa emote is one of the most recognisable (and most spammed) in the streaming community. However, it has always had an illusive and almost mythical second form that appears randomly for just a handful of users at any given moment: the Golden Kappa.

The majestic gold version of this emote is usually such a rare sight that some even doubted it was legitimately real. That was until yesterday, when Twitch unleashed the Golden Kappa and confirmed its existence. For a limited time, every Twitch user’s regular, grayscale Kappa emote would appear in chats as the gold version.

At the same time, a short teaser video was posted to Twitch’s socials, hinting that some kind of event or new feature would be coming on November 14 that revolves around the Golden Kappa. The video also features the message: “There’s a place where all the Kappas are golden.” However, Twitch’s campaign with the Golden Kappa has received mixed reactions at a time where streamers on the platform have genuine concerns for the future of their channels.

On the one hand, Twitch users went wild for the emote and the busting of streaming’s biggest myth (apart from why Guy ‘Dr DisRespect’ Beahm was banned, of course). As you can see in this clip from Eric ‘erobb221’ Robins Jr., many of Twitch’s biggest streamers were having their chats filled with Golden Kappas, and little else.

However, for the likes of erobb221’s brother, League of Legends streamer Tyler ‘Tyler1’ Steinkamp, the spam was just too much. Tyler1 ordered his mods to ban the emote as he could barely read legitimate comments in his chat.

“Mods, ban Kappa. We have to, I’m sorry,” Tyler1 says, shaking his head. “Everything I say you guys are just spamming it. I can’t even read my fucking chat. It’s pissing me off… Sorry, I gave you guys a chance. You’re just spamming, it has to go. I can’t stand it.”

For many streamers, frustrations towards the Golden Kappa extend far beyond just clogging up their chats.

At a time where Twitch’s handling of the current tsunami of DMCA notices has been heavily criticised – with many streamers wiping their entire back catalogue of clips and VODs to ensure there’s no evidence of them using copyrighted content – many see the timing of the Golden Kappa stunt as distasteful.

For many in the replies to Twitch’s Twitter post about the Golden Kappa, it seems as if it’s being used as a distraction from the pressing issue of copyrighted content on the platform, with one partnered streamer describing it as a “slap in the face.”

It is really strange to be promoting a “Golden Kappa” with ALL the drama going on. It’s just distasteful. I know it’s not necessarily the person running the accounts fault, but it just feels like a slap in the face to ALL the streamers on the platform. Get a grip, Twitch.

Whatever event or feature Twitch has planned with the Golden Kappa emote, it will likely draw just as much criticism as it will celebration.

While the unravelling of this mystery was an iconic moment that was enjoyable for many Twitch users, it was a completely different set of emotions for numerous worried and angry streamers.