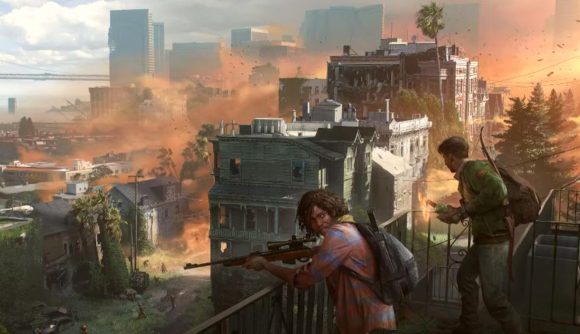 Naughty Dog’s Neil Druckmann has appeared at Summer Game Fest and lifted the lid a little on The Last of Us Factions, the full standalone multiplayer game based in The Last of Us universe.

Unveiling a piece of concept art for the game, we can see two individuals on a rooftop scouting out the map beneath them. Druckmann called this standalone game “huge” and notes that it takes place in a different part of the US compared the original game and The Last of Us Part 2.

The game will also have its own storyline separate from Part 1 and Part 2, as well as a brand new cast of characters for the multiplayer game. Unfortunately, we won’t see more of the game until 2023, however, you can replay the first game in a remake of the first game with The Last of Us Remake, whose release date is set for September 2.

You can check out a summary of the details below from ‘Shinobi602‘.

Details on the new The Last of Us multiplayer game

-Described as a "huge game"
-Comes with its own storyline, new cast of characters
-Takes place in a different part of the US
-More coming next year#SummerGameFest #TheLastofUs pic.twitter.com/oJpHTOEjY5

While you wait for The Last of Us Factions, why not check out some of the other upcoming PS5 games coming out later this year.