Being in your mid-twenties usually signals the start of an exciting career for many, but in esports, it usually signals the end. With many professional esports players starting their career in the scene from an early age, the threats of things like burnout and illness can often end their playing careers before they really get going.

While some esports, like Counter-Strike: Global Offensive, have players gaming well into their thirties, early retirement is a serious problem in this industry that has its roots in many areas. One of those that we’ve seen and heard a lot about recently is burnout.

The effects of burnout, which is caused by intense and prolonged stress, have been taking their toll on players for a long time, but the importance of health and how it affects those in the industry has only really been taken seriously in the last few years. It’s normal now to see organisations employ physical trainers and sports psychologists to help get the best out of their players, but according to Martina Čubrić, MAD Lions’ sports psychologist, the industry still has a long way to go to improve the physical and mental wellbeing of all its competitors.

The Croatian, who trained to be a psychologist after her bid to become a professional basketball player was hampered by injuries, admits she never saw herself being a part of the esports industry, but felt inspired to take part when she realised it needed some serious help.

“At first I was very sceptical of esports because it had so much stigma,” she tells The Loadout. “But learning more about it and experiencing competitions I was able to see that there is much more to it than just sitting and playing. It proved to me to be the most similar I could see to any competitive discipline that we have – only that it needs more help.”

Čubrić first joined the new Spanish organisation as an intern in 2018, but moved to the performance team full-time after it became clear that the organisation wanted to champion health and fitness in the industry. MAD Lions works closely with all its employees – not just its players – to better their health and performance. The CS:GO and League of Legends teams regularly chat about their wellbeing with support staff, take power naps in the afternoon, and engage in mindfulness sessions, to name but a few techniques. 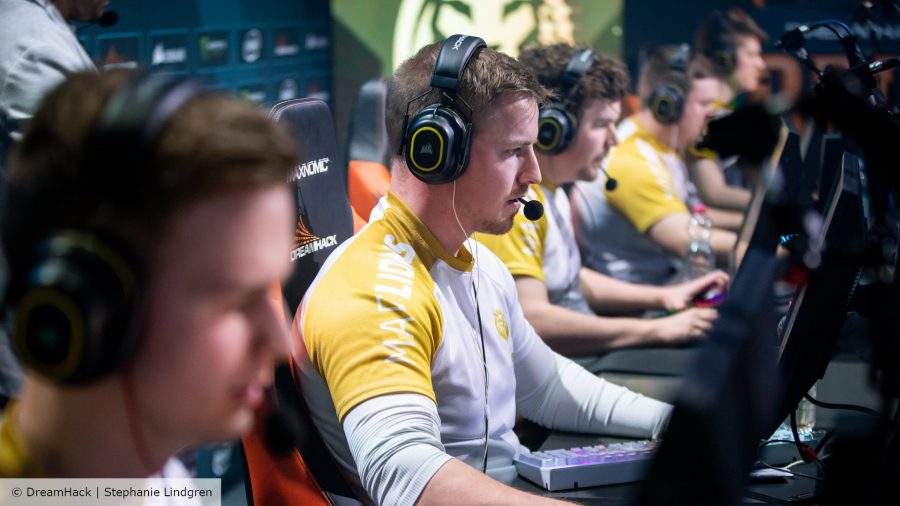 Even though these routines are becoming more commonplace in the industry, some players are still suffering. In March of this year, Alex ‘ALEX’ McMeekin confirmed he was stepping down from Team Vitality’s CS:GO team due to the “intense travelling schedule” he was struggling to keep up with. Two months later in May, Lukas ‘gla1ve’ Rossander, widely regarded as one of the best in-game leaders in the world, also confirmed he was going to take a three month break from Valve’s shooter due to “stress and burnout.” Just days later, his teammate Andreas ‘Xyp9x’ Højsleth joined him on sick leave after presenting the same symptoms.

Regardless of the questions that many have about Astralis and the sudden departure of two of their best players, burnout is one of the biggest threats to the careers of professional players. CS:GO has one of the most intense travelling schedules in esports and that doesn’t even factor in the stress players of all games face with poor performances, expectations, and fan interaction. It’s something that organisations need to take more seriously, especially if they want to get more from their players in the long run.

“Esports is a big industry. There are many different games, leagues, schedules, which all have significance in contributing to burnout,” Čubrić says. “Esports players dedicate too little of their time to create motivating, healthy environments that set them up for success. Factors that need more attention from players are sleep, nutrition, one on ones with coaches and support staff, meditation, journaling, taking breaks from gaming, investing in supportive social systems, going outdoors, and engaging in hobbies. These factors, if well executed, could lengthen the career span the current players have and maintain their physical and mental wellbeing so they don’t leave the game broken.

“Most of the stressors players face are fixable. You can learn that – there just has to be a willingness to do so.”

In MAD Lions, the vision for healthy minds and bodies isn’t just peddled by Čubrić and her colleagues – it’s supported by everyone in the organisation, especially the coaches. Čubrić has the knowledge to improve the lives of others, but ultimately, it’s up to individuals to buy into that vision and pledge to improve their habits and routines. 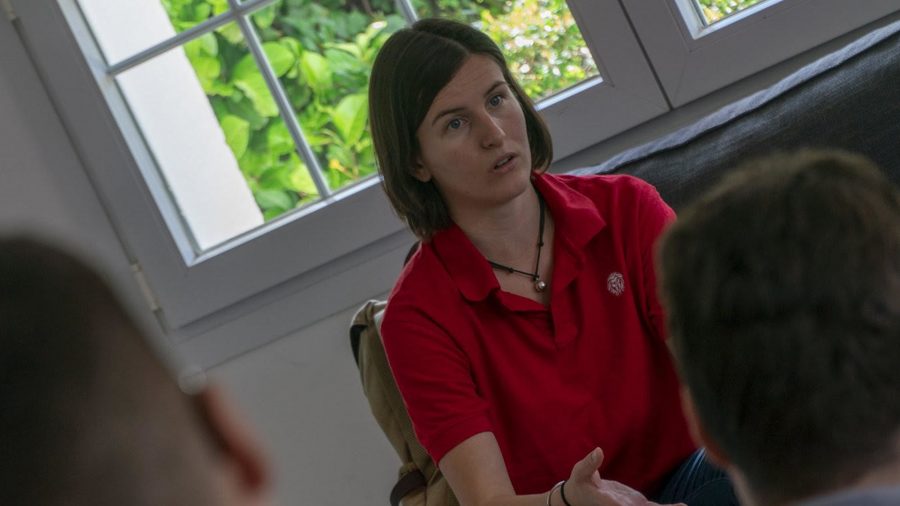 “The industry grew so quickly and at the start, there weren’t as many sports science people involved,” she says when I ask her about the difference between traditional sports and esports. “The organisations missed the point in the beginning, you know? It’s important to keep your players happy, healthy, and on the path to improvement. It maddens me to see some of the biggest organisations in the world not giving the example that you want kids to follow.

“I never want to be in the spotlight. We want the coaches to be messengers. We want more people who have a good image in esports to spread the idea of physical and mental health – that’s what is missing.”

The organisations missed the point in the beginning, you know?

MAD Lions isn’t an old organisation by any means. Owned by OverActive Media, which also owns Overwatch League’s Toronto Defiant and Call of Duty League’s Toronto Ultra, MAD Lions was born when Splyce was rebranded last year. Despite that, the organisation is keen to set precedent when it comes to happier and healthier players.

It’s something that the organisation has been trialling properly with its young League of Legends team. The group, which has an average age of 20, worked closely with Čubrić and her colleagues during the Spring Split, in which the team finished third. While the team’s success in the LEC isn’t just down to the work put in behind the scenes on player wellbeing, it’s clear that it is a step in the right direction.

“Why did the players buy in? Because they feel better, they sleep better, and because we give them different tools and different strategies to help,” she says. On top of that, the players open up about their feelings so that symptoms of burnout and stress can be dealt with quickly and effectively. “Most of the time, they won’t notice the symptoms they suffer until they’re literally dead. This is something we want to prevent and the players have seen that it works.”

Other organisations have undoubtedly reaped the rewards of well-rested players who feel they can speak their minds. Astralis famously overcame their semi-final choking status by hiring sports psychologist Mia Stellberg in 2016/17 – the same psychologist that helped OG claim The International 2019. Not long after, the team began skipping events to prioritise the health of their players like Nicolai ‘dev1ce’ Reedtz, who recently admitted he still throws up after every tournament. However, there are still only a handful of players who have talked about their mental health and their experiences with stress and burnout in esports – and Čubrić thinks that’s because players don’t want to appear weak.

“A psychologist isn’t going to tell you you’re screwed,” she tells me when I ask about the deafening silence over burnout. “That’s not how psychologists work. Players are wary because they don’t want their fans to think there is something wrong. Because these young players have reached the top doing their thing and are resistant to change.

“Players like to stick to their way and often don’t put strategies into practice because they don’t feel like they need them. And that’s what we’re trying to teach them – they might not need them now but soon the time will come when they will wish they did things differently.”

Related: How Call of Duty could help pros to stop retiring early

Still, there’s a positive to come from all of this. Every player who speaks about their experience with burnout, stress-related problems, or their mental health in esports and competitive gaming helps alleviate the stigma for others. Plus, it’s being examined properly by psychologists now. Čubrić says five years ago only around 100 investigations into health and wellbeing were carried out. In 2020 already, Čubrić says there’s been “hundreds and hundreds.”

“People are starting to realise there’s something undiscovered here and they’re raising awareness,” she says. “This is why it’s important that people are talking about it. Instead of this becoming a taboo topic, it’s becoming a topic people like to talk about because they know they can contribute and give back to the community. This is what should be happening with all players and coaches because they can make such a big change.” 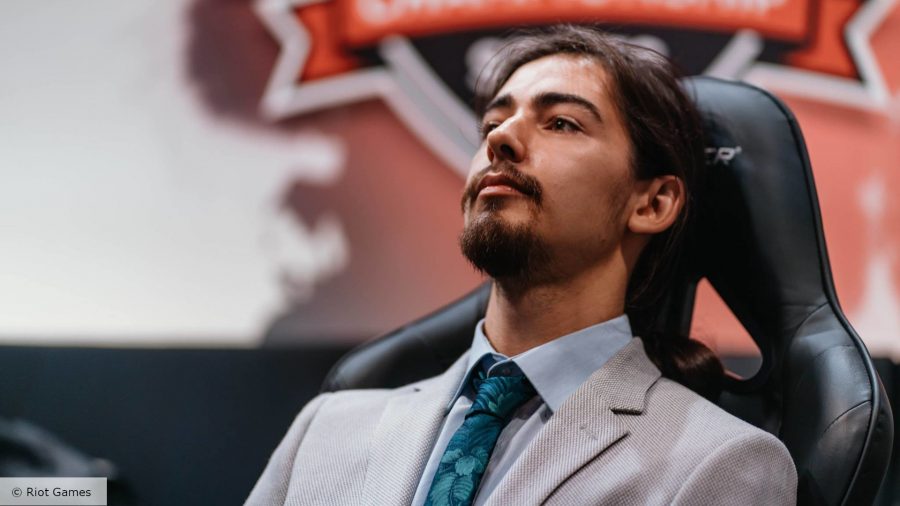 Organisations have toyed with different solutions to tackling this problem. Astralis and ENCE have recently added additional members to their CS:GO teams, but that’s not really a long-term solution. They need to work with their players to get the best out of them – not drain them of all conceivable energy day in, day out.

The industry is still young and organisations are learning how to deal with difficult situations every day. But more needs to be done on both sides.

The health of players should be an organisation’s number one priority and, if players break their silence and share their stories, we’ll finally see real change.