The 2020 LEC Spring Split had gone off without a hitch, despite the growing threat of COVID. However, by the time the playoffs rolled round, the entire operation had been moved online. Although the LEC itself didn’t have any cases, as former referee-turn-G2 content creator Yulia ‘Yuli’ Morozova recalls, a scare in-house became symbolic of the league’s impending departure from the LEC studio – and by extension the end of her refereeing career.

“I still remember we had a show, and we had already finished prepping everything, and we were suddenly called into the cafeteria space,” she says. “There was one person in the middle of everyone who basically said ‘we suspect someone has COVID, so just to be safe we’re cancelling the show today.’ We were unsure if we were going to be back the next week, but at the time we thought that if we were going to shift online it would only be for a week or two to keep things going.”

However, as the severity of the virus grew and pressure mounted on nations to take more serious measures to control the spread, it quickly became apparent that this would not be a short term measure. The LEC saw out the rest of the 2020 season online, with Yuli and her fellow refs having to adapt to a less hands-on way of working. For example, whereas Yuli could quickly deal with hardware-related issues before, she now had to talk players through the process to fix or replace it remotely.

Additionally, the logistics of moving operations online – while not dissimilar from the standard setup – required a few extra steps to get going. “The way it works is you would be in a voice channel with the team on one server, and then with the other refs in another,” Yuli says. “To keep an eye on bugs and the game overall, you’d then head into spectator mode for the game. So it’s not too different from what you’d do on stage, just a little bit more digitalised.” 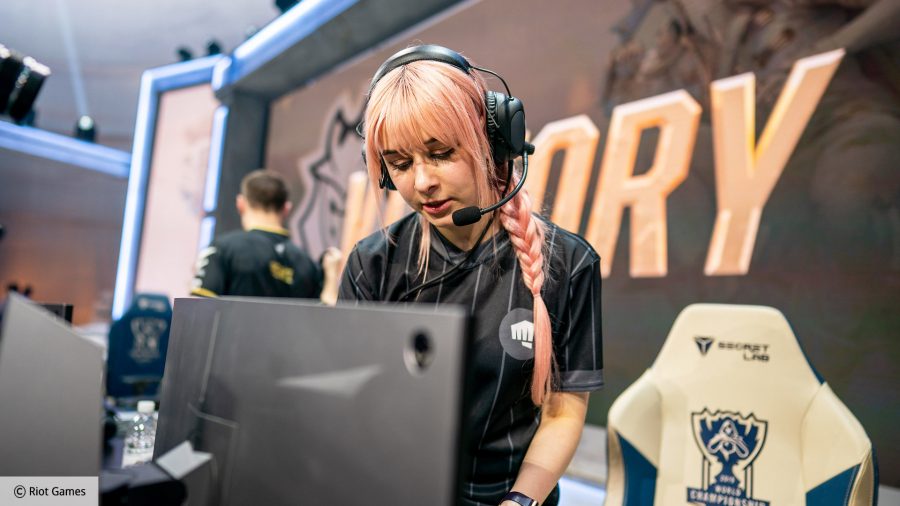 Asides from the threat of bugs, one of the other major issues facing online LEC play is that of the infamous Berlin internet – something which continues to be memed for its inconsistency. Only this split G2 was affected by lag during its Week 3 defeat against Fnatic. In situations like this, Yuli says it’s more so down to team management to remedy issues than the referees.

However, despite the tail-end of her refereeing career being somewhat marred by the pandemic, Yuli retains fond memories of her time in black and white stripes. Aside from memorable LEC moments like Marcin ‘Jankos’ Jankowski’s failed drive-by axe fling attempt on Olaf, Yuli, understandably, says being able to referee Worlds 2019 was the highlight.

“It was so amazing being able to see all these players that you only see from afar,” she recounts. “I was refereeing the Korean teams a lot because I could communicate with them without having to rely on a translator. So I was often behind DAMWON and T1. I’m quite familiar with the guys from LEC, but suddenly standing behind players like Lee ‘Faker’ Sang-hyeok? That was really crazy.”

Worlds was a huge opportunity for Yuli to utilise her fluency in Korean, which she had picked up while studying in South Korea between 2016 and 2017. While there, she was naturally unable to referee the then-EU LCS, though her love of League of Legends persisted. Armed with her “really shitty laptop”, she took to Korean solo queue, and ascended to the peak of Gold in the LoL ranks. “In my defence, to bring the excuses, I only played like 100 games in total,” she says. “And my laptop was really laggy – I only got like 20 FPS – otherwise I would have been Challenger in Korea, easy,” she adds jokingly.

Upon returning to Europe in October 2017, Yuli couldn’t get back into refereeing straight away, as the opportunities simply weren’t there. Feeling out of touch with German life after a year and a half abroad, and disconnected from the LoL world, loneliness set in. To fill the void, Yuli turned to streaming.

“I just wanted to have a space where I could build and work on something,” she recalls. “I was also really addicted to League, so I thought it could be fun, and just wanted to give it a shot while I had a lot of time to spare”.

Between going live for the first time and the end of 2020, Yuli gained over 95,000 followers – an impressive amount, which she partly attributes to her time on stage. Having initially been dubbed “the redhead grill” by the community, Yuli became a recurring meme on the European broadcast both before and after her time in Korea. “Our community is very driven on memes,” she says, “and I really love that about it.” More recently, a pink-haired Yuli was associated with the AYAYA Twitch emote, cementing her place as a Twitch chat favourite.

“At first, I was a little bit confused by it,” she says, “but I didn’t mind it. Especially because I know none of it was spiteful – it’s all fun.” On the other side of the screen, Yuli was mostly oblivious to her popularity, only finding out about it through colleagues showing her screenshots after games. And while she does note that it did “put some eyeballs” on her stream, she was always more focused on growing it through the merit of her content. 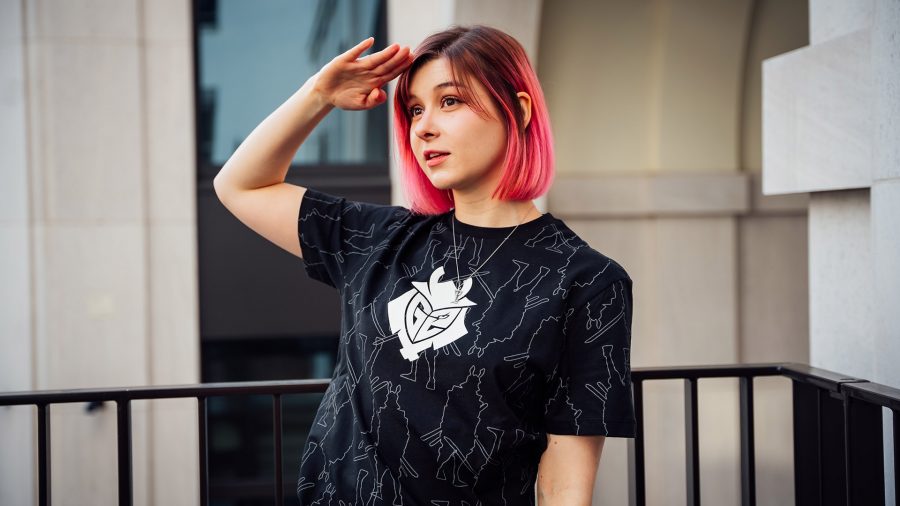 “When I first started refereeing in 2015, I was a lot more shy than I am now,” she says. “I came into a space where I was surrounded by a bunch of people that I really admired and looked up to, and was expected to just walk up to them on stage and tell them what to do – it was very overwhelming at first.”

However, with time Yuli grew into the position, and was swept up by the infectious passion that was oozing from the LEC studio. “That’s the biggest thing,” she says. “When you work with people who love what they do – and they put their all into their work – it’s inspirational. So that’s definitely helped me grow.”

With the pandemic pushing her further and further away from refereeing the LEC, Yuli made the difficult decision to take on a new challenge by leaving refereeing behind, and moving into full-time content creation.

However, Yuli admits that she will miss being able to witness the action up close. “Working at an event like Worlds is the best thing ever,” she says. “I would much rather be on stage there than in the crowd – I will 100% envy the refs as I’ll be sitting there thinking: ‘Shit, I wish I could be up there!’”

After committing to a new life as a full-time content creator, Yuli knew she didn’t just want to fly solo. And there was one organisation she had her eye on joining – G2 Esports. The “shy” Yuli of yesteryear was nowhere to be seen as she recounts nonchalantly sliding into the private messages of the organisation’s CEO, Carlos ‘ocelote’ Rodríguez. “I just shot him a DM like: ‘Hey, Carlos, are you looking for anyone to join your org?’” From there, Yuli swapped her black, white, and red referee uniform for a G2 jersey of the same colours.

Despite having just joined one of the biggest esports organisations in the world, Yuli already feels right at home. “G2 is like one big family,” she says. “It’s nice because you can joke around without feeling like you have to really pay attention to how you act. I feel like I can be myself, which is one of the main reasons it is the organisation I wanted to join.

Wonder if success swaps over if you stand close enough 👀 pic.twitter.com/6SWUONFUk0

“I really like cheering for G2 too, because now – especially since Martin ‘Rekkles’ Larsson joined – the LoL team is looking so good. And I’m really, really hopeful that they can make it [at Worlds]. They were so close last time – I believe in them.” Although G2’s form tailed off at the end of the Spring Split, with the team failing to make its first European final since the 2018 Summer Split, with the quality in its ranks, there is a confidence in the community that it will bounce back and challenge for that all-important Worlds spot in the Summer.

Now over a month into her tenure with G2, Yuli has been quick to get stuck in. The creator has already been involved in YouTube content, photo shoots, and even an AMA on Reddit. Having not long reached the 100,000 follower milestone on Twitch, and the 50,000 subscriber mark on YouTube, Yuli’s decision to swap refereeing for content appears to have been the right one.

“This time I get to cheer for somebody, which is something I could never do when I started refereeing,” she says. “So now I can just wave the G2 flag, and I’m really looking forward to that.”