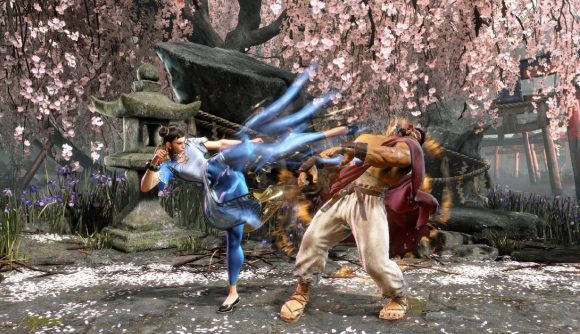 Street Fighter 6 has continually impressed since it was revealed at Sony’s State of Play in early June. But, the news just keeps getting better as Capcom has confirmed that Street Fighter 6 will have crossplay and rollback netcode when it launches.

Confirmed to Tamoor Hussain and ‘Maximillian Dood‘ at Summer Game Fest Play Days, an in-person demo event for Summer Game Fest, news that Street Fighter 6 will get both crossplay and rollback netcode at launch is fantastic. Both of these features should ensure the game is in a stable shape at launch and in the months following.

Crossplay will ensure the game doesn’t segment its playerbase and allow friends on different platforms to play together. Rollback Netcode will mean online matches run as smooth as they possibly can. This is done by treating both player inputs as local to their hardware and therefore the game predicts what the player will do next. If this is correct, the game plays smoothly but if it doesn’t then it will roll back and complete the correct action.

This is better than just using standard online systems as it leads to a smoother experience if the game is good at predicting what players will do. There is still the risk of some hiccups, but it is significantly diminished.

Confirmed from the devs directly. Street Fighter VI will have cross play.

The first Street Fighter 6 gameplay looked great from the State of Play, showing off the Yakuza-like open world. On June 9 we saw the Guile gameplay trailer for Street Fighter 6 which showed off the classic character’s new look and design.

The game is shaping up nicely for its 2023 launch and reports from Summer Game Fest Play Days say it plays excellently. Now, we just have to wait for Capcom to unveil the full Street Fighter 6 roster one trailer at a time as we get closer to launch.