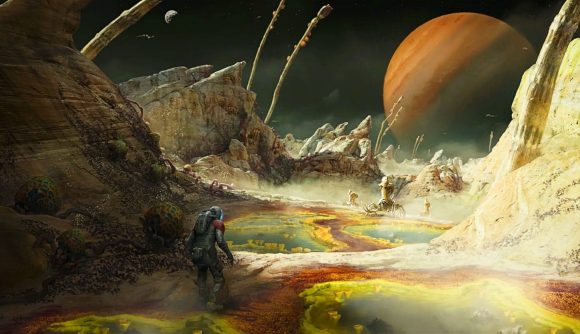 Xbox and Bethesda Games Studios’ next premier RPG Starfield has been delayed to the first half of 2023. The developer confirmed the news earlier today in a tweet saying that they want to make sure the game is the “most polished” it can be.

This news came alongside the delay of Redfall to the first half of 2023 as well. Starfield’s delay leaves Xbox’s Fall 2022 lineup looking incredibly sparse with nothing currently announced for the latter half of this year. Rumours do suggest that the next Forza Motorsport will release later this year, but past that it could be a very light year for Xbox exclusives.

This delay has also pushed back the release of the game on Xbox Game Pass, meaning that the service will be lacking a big meaty RPG later this year, unless Microsoft can partner with a third-party developer.

Xbox is set to host its Xbox and Bethesda Games Showcase in just a few weeks’ time, so we might get a better idea of how the fall lineup for the platform will shake out. It also looks like we could get a deep dive into Starfield at the show still as Bethesda promises gameplay for the game will come “soon” in their statement.

You can check out the full schedule of Summer Game Fest 2022 events with our handy guide.

An update on Redfall and Starfield. pic.twitter.com/pqDtx26Uu6

Without Starfield and Redfall on Game Pass third party games like Atomic Heart and Slime Rancher 2 will need to do a lot of the heavy lifting later this year.