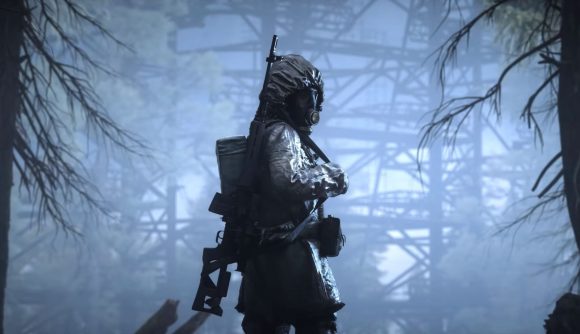 Stalker 2 has been touted as one of the first proper next-gen exclusives for Xbox Series X|S. Early glimpses of the game have shown stunning settings and jaw-dropping graphics, something that’s truly set it apart from other upcoming releases.

Now we know why Stalker 2 looks as good as it does: it’s running on Unreal Engine 5. Announced by GSC Game World on Twitter, the release of Stalker 2 in April 2022, will make it one of the first games running on Epic Games’ next-generation engine to release for any platform, as well as Xbox Series X|S.

Given that Stalker 2 will also be launching onto Game Pass and is a three-month timed exclusive for Microsoft’s new consoles, we expect the company to make it one of its big showpiece titles for the first half of 2022.

Microsoft will hold a showcase later this month at Gamescom, highlighting its upcoming line-up, so we could be in for some more Stalker 2 gameplay there. Otherwise, we’ll see more of Stalker 2 as we reach the tail end of the year, we’re sure.

Stalker 2 will add to an already impressive line-up of Game Pass games currently available on the service. Fingers crossed that GSC Game World can deliver a game that makes it onto our list of the best Xbox Series X games.