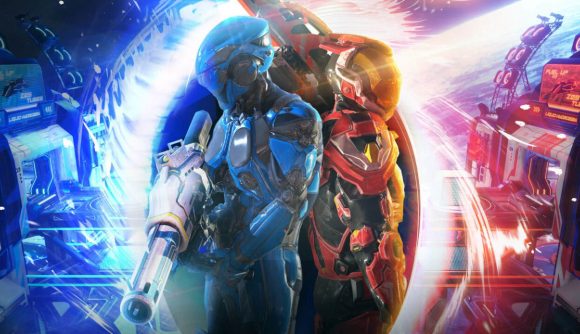 With the Splitgate patch notes arriving for the game’s latest update today, 1047 Games has revealed when players can expect to see changes to the game and when larger seasonal updates are also planned.

Speaking to The Loadout, co-founder and CEO of 1047 Games, Ian Proulx, says that the 1047 Games team is “hoping for updates every two to three weeks going forward, with large seasonal updates every three to four months.” This aligns with most other live service multiplayer games, which offer balance tweaks and new feature additions more frequently but save larger content drops for a new season.

Splitgate is currently in Season 0, so that means we can expect Season 1 – or some other pre-season release which will take place before the beta’s end date – in the next couple of months.

And although the latest patch notes brings quality of life updates, 1047 Games isn’t focusing on filling out the game with content. Instead, it is focusing on hiring to bolster its team so it can deliver these updates more frequently. “As we hire more, updates will be bigger and faster,” Proulx says.

“We are building across every department on our team,” he continues. “The growth we experienced in such a short amount of time was something we never dared to dream of.” Looking to the future and what is next for the game, Proulx says that 1047 Games is “focused on expanding our team to make Splitgate everything we know it can be.”

The arena shooter became an overnight hit following the launch of its console beta, leading to the company raising $100 million in funding.