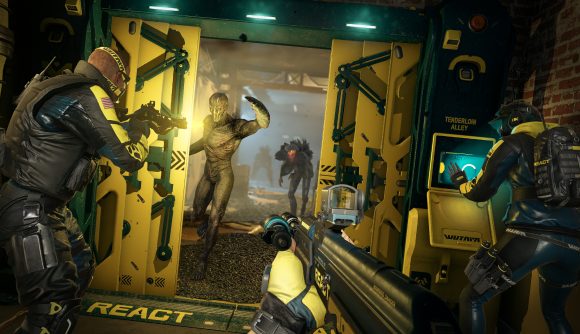 Rainbow Six Extraction might be one of our most hotly-anticipated releases this year, and for good reason. It promises to take a number of our favourite Rainbow Six operators, kit them out in hazmat-esque gear, and send them off to fight hordes of aliens – known as Archaeans – in a nice, neat co-op PvE package.

“With the huge number of operators now available on Siege, we had more than enough options at our disposal to make sure to cover all the angles,” game director Patrik Méthé tells The Loadout. “Sure, we had some discussions about creating brand new operators, but we felt that bringing the current ones in another context (PVE) was simply the best way to add new layers of lore and to shine a new light on them.”

As such, a character’s lore direction in Extraction won’t have an impact on their character in Siege, for example. For the devs, Extraction appears to be a way for them to tell new stories, without having to retcon something out later if it doesn’t fit with the existing lore elsewhere. 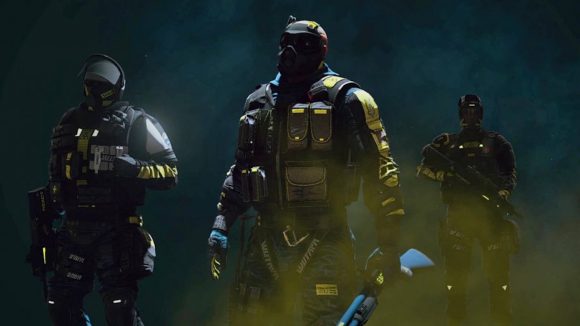 But how did the Extraction team decide on which operators would make the cut? Well, according to Méthé, two main factors were considered. Firstly, how well operator abilities work in a PvE environment. “Some operators are a natural fit for this kind of setting,” he says, “so they were among our first picks.”

The second criteria required the team to “look at the past history of the operators,” leading them to the decision “to not only pick some of the most beloved operators, but also some of the operators that, so far, haven’t received the amount of love we think they deserve.” Indeed, with operators like Finka, who matches both criteria, fitting in alongside more popular picks like Sledge, Extraction looks to inject new life into the series’ more underappreciated characters.

However, these operators won’t function exactly the same as they do in Siege, with most of their abilities having been tweaked to better suit Extraction’s gameplay. Sledge’s hammer for example can stun parasites, while Finka’s nanobots now revive downed players.

“The very nature of the two games is quite different,” Méthé notes, “so it’s obvious that we had to make some changes to both gadgets and abilities (on top of adding completely new ones) to make sure they were impactful in a PVE environment.”

With that being said, he also states that “it was important for the team to keep the ‘spirit’ of both the gadgets and the operator abilities, so that Siege players could transition smoothly from one game to the other,” which is why we’re only seeing small tweaks to each element.

You will be able to get your mitts on these altered iterations of Rainbow Six’s operators when Extraction lands on September 16. Until then, you might want to check out our Rainbow Six Extraction Archaeans guide so you know exactly what you’re going to be going up against.