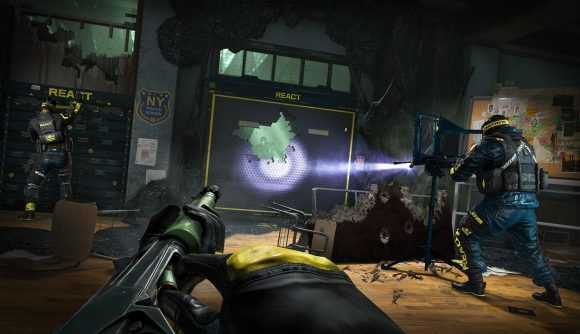 Ubisoft has announced Rainbow Six Extraction‘s Buddy Pass, which will allow you to invite two of your friends to play the game alongside you for up to 14 days. Available with the launch of Extraction on January 20, 2021, this buddy pass system will offer two tokens that can be used by any of your pals no matter what platform they are on.

In addition to the announcement of the Buddy Pass, Ubisoft confirmed a new, lower price point for the game: $39.99/£33.99. Those that want additional content can drop a few extra pennies to pick up the Deluxe Edition, which comes with three bonus packs (the contents of which hasn’t been detailed yet) at the cost of $49.99/£41.99.

Rainbow Six Extraction has had a rocky road up until now with numerous delays and multiple name changes. However, it looks like the final pieces of the puzzle are coming together. 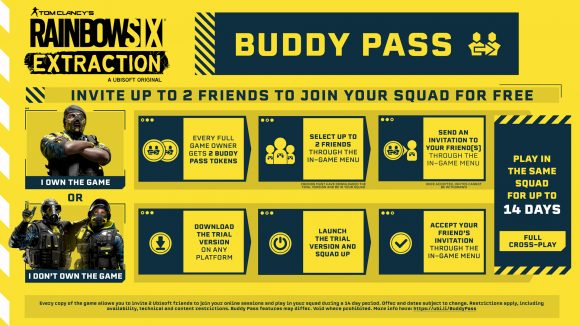 Offering a PvE take on Rainbow Six Siege’s gunplay, you will face the gruesome Archaeans in dungeon-like missions that require the toolsets of each of Rainbow Six Extraction’s Operators in order to succeed. Come January, we will have to see whether Extraction can revolutionise PvE in the same way Siege did for PvP.