PlayerUnknown’s Battlegrounds was one of the first stand alone battle royale games. While its popularity may have dipped in the wake of big releases like Call of Duty: Warzone and Apex Legends, PUBG is still the only game that provides realistic gameplay in a modern day setting.

It’ll come as no big surprise to hear, then, that a sequel to Brendan Greene’s game is planned. Colloquially known as PUBG 2, the game is apparently in the works and will build on the foundations built by the first game.

While Krafton is also working on a number of other projects, including PUBG Mobile, PUBG: New State, and the highly anticipated Callisto Protocol game, PUBG 2 is the only game in that series that’ll act as a direct successor and keep far away from the futuristic elements that have so far been teased elsewhere. Sounds good, right? Here’s everything you need to know about PUBG 2, including the game’s release date, rumours, platforms, and more.

PUBG 2 release date it set for sometime in 2022. We don’t have a specific date yet, but Krafton has confirmed the game is in the works.

In January 2021, Kim Chang-han, the Krafton CEO, told Bloomberg that the company was planning on releasing a new mobile title (which turned out to be PUBG: New State), a PUBG-related game by next year, and a survival horror game in 2022 (now confirmed as the Callisto Protocol) that will depict the “PUBG universe three centuries into the future.”

However, it appears the new PUBG-related game, believed to be PUBG 2, which was meant to be a true sequel to the original game and “grounded in realism”, has been scrapped. The Loadout understands content from that game is now being worked into PUBG under the title Project RE:BORN.

But that doesn’t mean it’s the end of the road for PUBG 2 – references to a new project in the PUBG universe, called Titan, have been found in Krafton’s IPO documents.

New job listings on the PUBG Corporation website (thanks @PlayerIGN) has revealed that it is working on a new AAA project in Unreal Engine 5. It is likely that this isn’t for PUBG 2, but the project could be connected to the game in some way.

A PUBG2 project upgrading to UE5 was discussed a few months ago via internal sources.

Rumours about the development of PUBG 2 are constantly circulating, but by far the most intriguing so far is the one about who is working on the game.

With the original sequel apparently scrapped, all eyes have turned to the team working on Project Titan. And well, it’s looking good. Striking Distance Studios, the team behind the Callisto Protocol, are developing Titan and there’s a whole wealth of experience there.

It’s also likely that Krafton has retained the services of the original development team and some of the “experts” that were apparently drafted in to help with the abandoned sequel.

But since Project Titan was only first referenced in June 2021, don’t expect to hear anything soon. 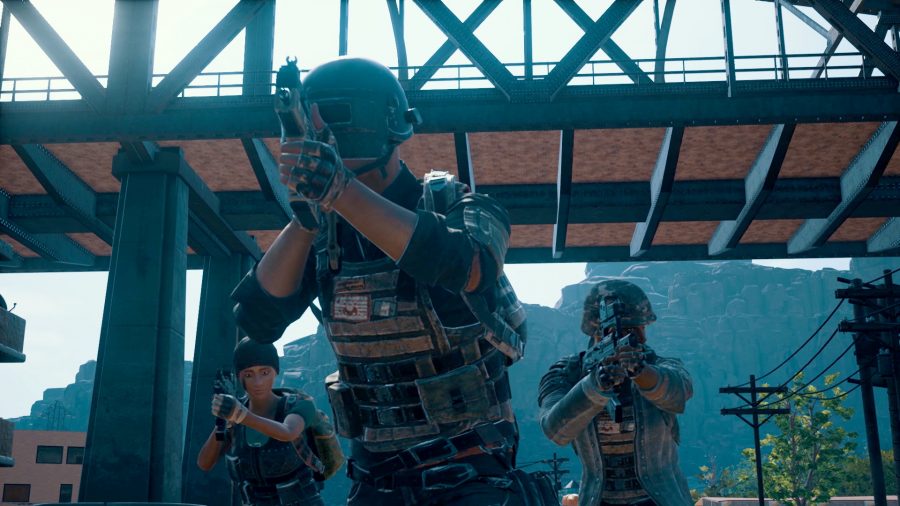 Krafton has been tight-lipped about the sequel so far, so we don’t yet know what platform PUBG 2 will release on. However, given the last sequel was scheduled to release on both PC and console, we should expect the same here.

With that in mind and the platforms PUBG is currently available on, we expect PUBG 2 to release on PC, Xbox Series X|S, and PlayStation 5.

That’s everything we know about PUBG 2 so far. We’ll continue to keep this guide up to date, so keep checking back if you can’t wait to get your hands on a new battle royale experience.