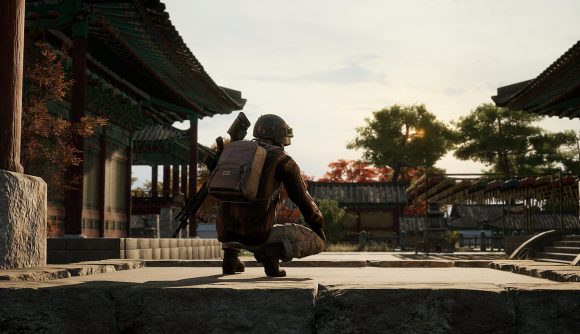 June 22, 2021 Krafton has confirmed the existence of Project Titan, but no other additional information is available at this time.

There’s a whiff of change in the air for PlayerUnknown’s Battlegrounds. From Krafton’s planned return to PUBG roots with a 8×8 map and new innovations like the second-chance mechanic, PUBG could well be reborn later this year.

While the flurry of game-changing updates to PUBG are nothing to worry about, many are confused as to why Krafton is deciding to roll them out now. Former PUBG Corp CEO, Kim Chang-hang, told Bloomberg in January that a new “PUBG-related PC and console game” was slated for release in 2022 – so why all the recent innovation to the original PUBG?

Prominent PUBG leaker, ‘PlayerIGN’, appears to have the answer, telling The Loadout exclusively that the sequel, known as Project RE:BORN, had some development issues, leaving it dead in the water. As a result, the game has been abandoned, but some of its major features are being pumped into PUBG.

“My source tells me PUBG Project RE:BORN was originally meant to be the PUBG 2 game we were expecting,” he says. “But the development team bumped into issues and are opting to go with an engine update/overhaul to the current game instead – a bit like Overwatch 2.”

His insiders say recent changes to PUBG, including the hosting changes from AWS to Microsoft Azure, the release of Taego and the future map known only as Kiki, and loot buffs were all meant to happen last year. However, due to the pressures of the global pandemic, priorities changed – forcing the team to push out smaller maps to keep the game fresh.

As such, it’s now believed Krafton is opting to push the RE:BORN content – including cross-play between PC and console – to PUBG in a series of updates, giving the original battle royale a new lease of life. This is further backed up by a PUBG post on Kakao, which calls the Taego update the first in a long-awaited series.

A preview of a few new features being introduced to the upcoming 8×8 map, TAEGO! 😲

Can you guess what they are? pic.twitter.com/fPiOm7Y95E

However, while these changes have yet to be confirmed by Krafton (the company chose not to comment on RE:BORN), it doesn’t mean it has abandoned its plans for a sequel. PlayerIGN has recently discovered a reference to a new battle royale game in the PUBG Universe in Krafton’s recent IPO registration statement.

The game, called Project Titan, is now believed to be the sequel – but this time it’ll be made by Striking Distance Studios, the team working on The Callisto Protocol, a new story-driven single-player survival horror game coming to PC and console next year.

In a statement to The Loadout, a Krafton spokesperson confirmed the existence of Project Titan, but refused to go into detail. “Project Titan is the code name for an unannounced project,” the statement reads. “No additional information is currently available.”

How Titan fits into the timeline and what it’ll contain then remains a mystery.