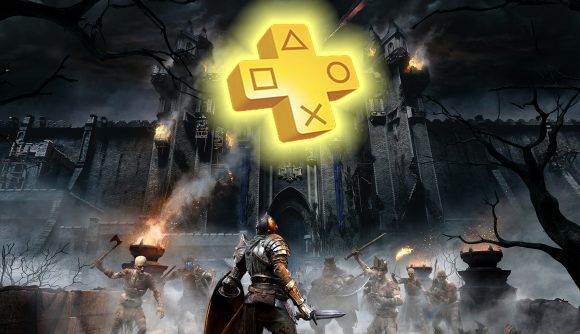 PS Plus is fast approaching its revamp release date, bringing new subscription tier benefits in the form of PS Plus Extra and PS Plus Premium when the service relaunches in the US on June 13 and in Europe on June 22. We’ve already got a glimpse at the PS Plus Extra and Premium games list ahead of launch, but just how much will the service be worth when it goes live? What kind of value can subscribers expect from a year’s worth of PS Plus Premium?

We’ve compiled the data on just how much all the confirmed PS Plus games are worth and have found that PS Plus Premium will offer at least $3,000 worth of games at launch if you’re using the service on PS5. The total value of the announced games so far clocks in at $3,094.74 (roughly £2,480). We got this number by tallying up the base PlayStation Store price of each game revealed in this week’s PlayStation Blog post, prioritising the PS5 version of a game where applicable. For the classic PS3, PS1, and PSP games that have already been announced, their list price on psprices.com was used to valuate them.

It’s worth mentioning that both PS Plus Premium and Extra libraries are due to grow exponentially, so these numbers are just the minimum of what kind of value you can expect from a PS Plus subscription. From the wording in Sony’s blog posts, more games could be added during the “launch window”, as well as consistent additions post-launch.

Sony claims that up to 400 PS4/PS5 games are to be added in the coming months for subscribers, and up to 340 titles from older systems like the PS2 and PSP are coming for Premium subscribers. With this in mind, expect the total value of the service to steadily grow over time – as we’ve seen with rival service Xbox Game Pass, which added over $6,000 of games in 2021.

As there is still potential for more games to be announced for PS Plus’ relaunch, these figures are likely to increase. When we receive official confirmation of more launch titles, we’ll be sure to update this article.

In order to keep price data consistent in our research, we took the decision to omit any game that has been delisted from the PlayStation Store at the time of our data collecting, rather than sourcing prices from various third parties. The total number of titles omitted in our count so far is ten – five PS3 titles (Asura’s Wrath, F.E.A.R, Infamous, Lost Planet 2, and Resistance 3) and five PSOne titles (Ape Escape, I.Q. Intelligent Qube, Mr. Driller, Worms Armageddon, and Worms World Party).

We also identified nine duplicate titles in total using our own metrics (whereby the same game was available on more than one platform), with only one game (Super Stardust Portable) affecting the launch tally for PS Plus Premium on PS4.

Additionally, we found Sony has actually delisted the individual copies of Uncharted 4: A Thief’s End and Uncharted: The Lost Legacy, so we took a single value of $39.99 for both based on a bundle listed on the PlayStation Store while being careful to keep both game entries listed individually in our title counts.

For those looking for more information to help decide which PS Plus tier to opt for, check out this list of game trials from the PS Plus Premium games reveal that are also coming to the subscription service’s top tier come launch.