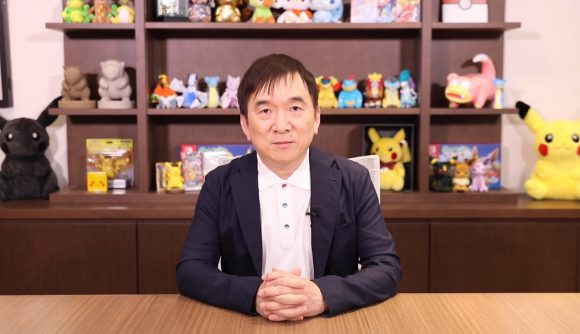 Another day, another record fee has been paid for an incredibly rare Pokémon card. However, this card is a little bit different to those that you’ll usually find selling for eye-watering prices. And no, before you ask, it’s not an NFT.

This card depicts an illustration of Tsunekazu Ishihara, the president of The Pokemon Company. Admittedly, there is a Rotom alongside him (we’re assuming that it’s Ishihara’s favourite Pokémon), but the legendary director is clearly the focus of the card. His name is written across the top, for goodness sake.

If you’re wondering why this card was printed, it was a simple birthday gift. Employees of the Pokémon Company were given a version of this card to celebrate Ishihara’s 60th birthday in 2017. This particular card has been signed by the man himself, a signature which includes a little drawing of Pikachu, making it one of the rarest Pokémon cards around. It really couldn’t be cuter, so it’s hardly surprising that it sold at auction for nearly a quarter of a million dollars.

The final bidding price was exactly $247,230, making it one of the most expensive cards ever sold, only sitting behind a couple of first edition shiny Charizards and the one-of-a-kind “presentation Blastoise” that Wizards of the Coast used to pitch the Pokémon TCG.

Why anyone would let their precious Ishihara card go is a mystery, although with a quarter of a million dollars on offer, we could see more crop up at auction in future. This specific card was PSA graded as 7/10 – near mint condition – with the signature graded at a 9/10. 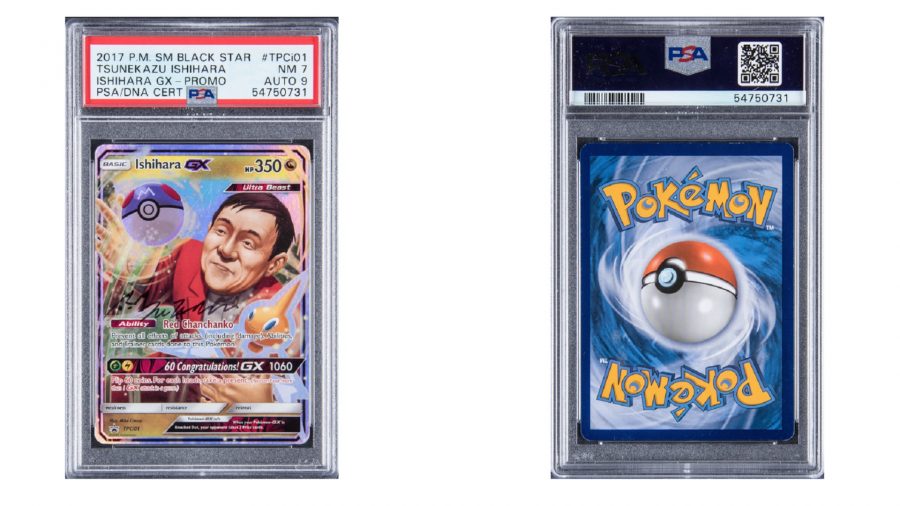 If future cards were in better condition, they might sell for even more – we could even have the first half-a-million dollar Pokémon card on our hands.

If you have a lot of spare cash floating around and are eyeing up future Ishihara cards, beware: this promotional card cannot be used in your regular TCG matches. Think about it, it would be broken! 1,060 damage for two basic energy? Jokes aside, this card is a must-have for serious collectors due to its rarity and significance to Pokémon fans across the world. You’ll just have to empty your bank account to get your hands on it.