As winter sets in, The Crown Tundra expansion is upon us and brings to the meta lots of new and returning Pokémon. Deep within the Dynamax caves are legendary Pokémon from every single region, just waiting to shake things up for years to come.

But aside from Xerneas and Landorus, who every player knows are absolutely game-breaking monsters if they’re allowed in, which other Pokémon should you be paying attention to? Just how vital will Galarian Slowking’s ability be? There are plenty of new legendary Pokémon that are contenders for most ridiculous Pokémon in the generation, but there are also some very good non-legendary Pokémon that you should consider for competitive play.

Not only are there new Pokémon and new moves in The Crown Tundra, there’s also one new item that will be a game-changer. The Ability Patch, which changes a Pokémon’s ability to their hidden ability, will make certain powerful Pokémon abilities far easier to come by. If it’s easy to obtain, this item alone could cut down this barrier to entry into competitive Pokémon matches.

But really it’s the new and returning Pokémon in the latest expansion that we want to focus on. Here are the best Pokémon being added to Sword and Shield in The Crown Tundra DLC.

Best Pokémon In The Crown Tundra

Pro player Wolfe ‘Wolfey’ Glick has already shared his views on which Crown Tundra Pokémon look the strongest for the next series of ranked Pokémon. 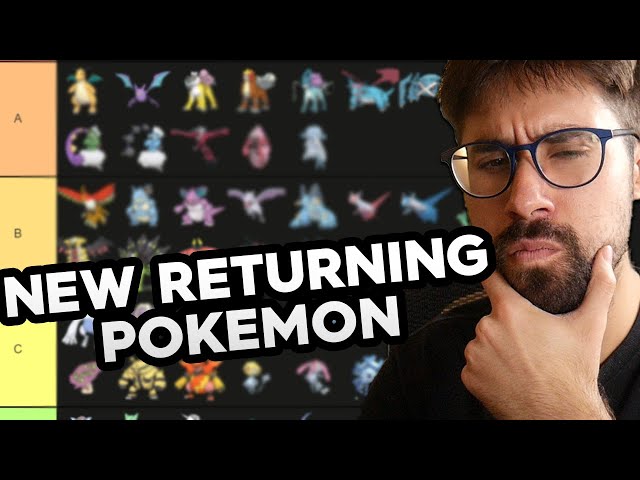 While Wolfey goes over ever single new addition, we’ve cherry picked some of the prime contenders that will be insanely strong in battle. Here’s what we think will be The Crown Tundra’s best Pokémon. 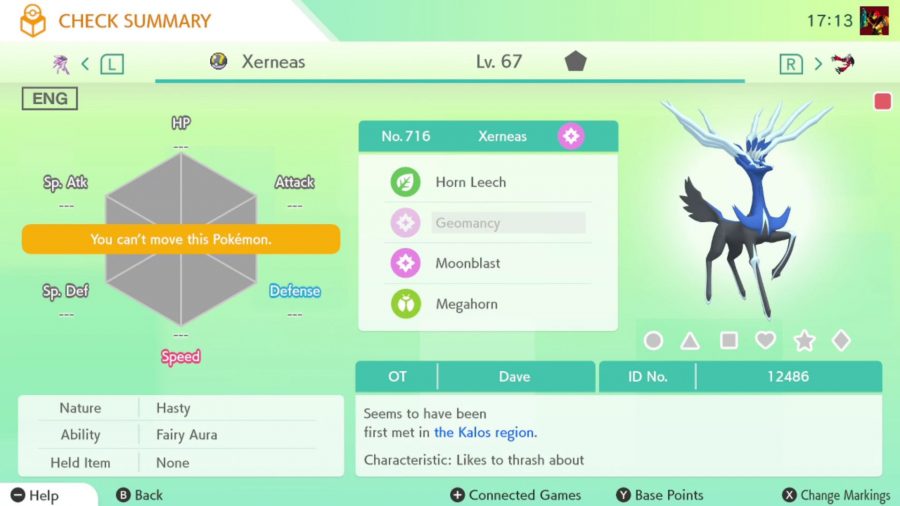 Fairy-type Pokémon have done very well for themselves whenever they’ve appeared since their introduction. If every legendary Pokémon is allowed into competitive matches to celebrate The Crown Tundra, Xernas will likely become one of the biggest threats in the game.

Why is that? It can set up with its signature move Geomancy, which takes a turn to charge, then raises its Special Attack, Special Defence, and Speed stats by two stages each. This turns the stag Pokémon into a fast, bulky, and powerful special sweeper in the right hands. After just one use, it can then use the powerful Moonblast, or other heavy hitting special moves like Thunder, Focus Blast, or even Hidden Power: Fire.

You’ll need a fast Steel-type that hits hard to stand a chance against it, but luckily there are plenty of options in this generation. Galarian Weezing is also a good choice as it’s part Poison and negates the Fairy Aura ability, making it so that Moonblast doesn’t hit like a truck. 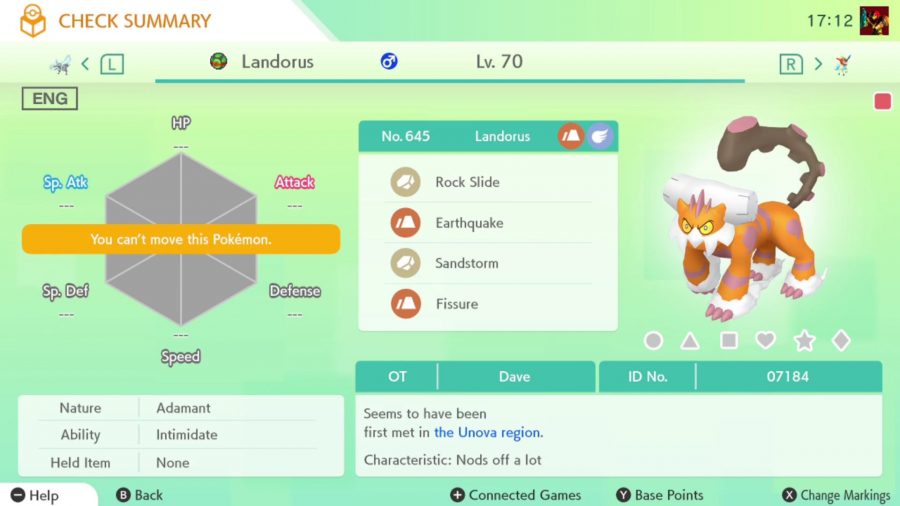 If there’s one Pokémon that the competitive players fear the return of, it’s Landorus. Like a spectre watching over your back waiting to pounce, we’ve long since heard the tales of how its Therian Forme is one of the most picked and reviled Pokémon ever. Legends say that this Ground and Flying-type genie is like a fun vampire, who sucks out all possible enjoyment from competitive matches.

But why is that? Well unless you’re packing Water or Ice-type moves on a very speedy Pokémon, then you’re not going to be doing very much against this offensive beast. It’s got absolutely amazing move sets, which regularly include a STAB Earthquake that will annihilate plenty of tournament viable Pokémon. 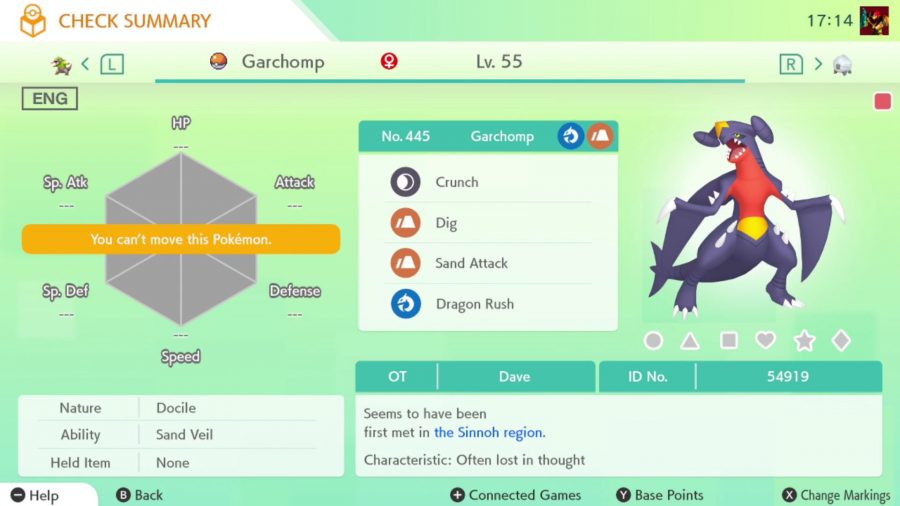 Garchomp is first non-legendary Pokémon on the list, but with its balanced stats and powerful moves it might as well be legendary. Ground and Dragon is a strong type combination, and while you won’t be able to Mega Evolve Garchomp in Sword and Shield, it does have access to great Attack and decent Speed. Its regular ability Rough Skin also damages anything that hits it.

The best move set from the previous generation had Earthquake and Stone Edge as physical attacks, Swords Dance to bulk up your physical Attack stat, and Stealth Rock to set up against opponents that frequently switch in Pokémon. The Rocky Helmet is also a good item to hold since the damaging effect stacks with Garchomp’s Rough Skin. Other decent moves to pop onto Garchomp are Toxic and Fire Blast, or Roar for switching out opponents. We also think really highly of Dragonite, but you can definitely get more creative with Garchomp. 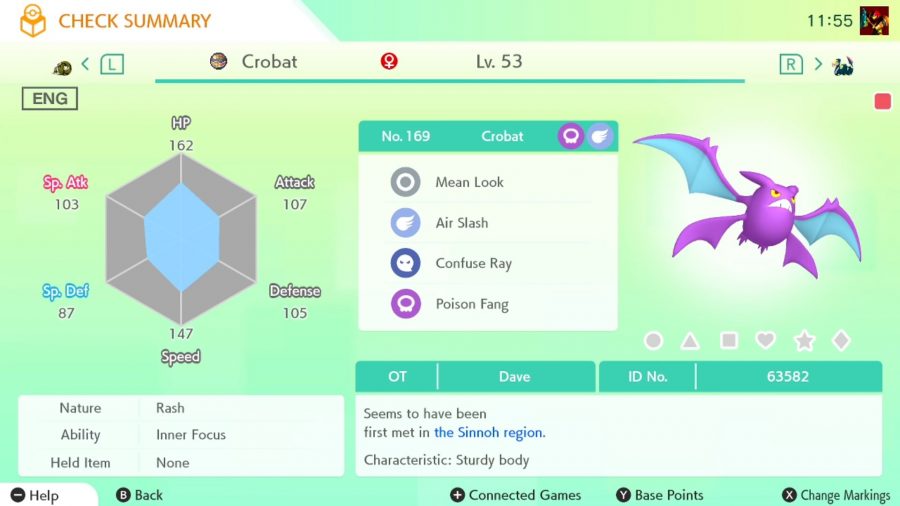 Crobat is a personal favourite of ours, as this speedy Flying/Poison-type can work wonders as a support Pokémon in 2v2 competitive battles. Its base Speed stat is an incredible 130, and it has access to key moves. Tailwind is always run on this Pokémon, since it boosts the Speed of your entire team, while other utility moves like Taunt can hamper your opponent’s plans.

It also has Super Fang, which always deals damage equal to half the target’s overall health. If your opponent is running a particularly bulky Pokémon, then Crobat can whittle its health to within fainting range for its teammate. Just make sure you run Crobat with Inner Focus as it prevents flinching which is far superior to Infiltrator for this Pokémon. 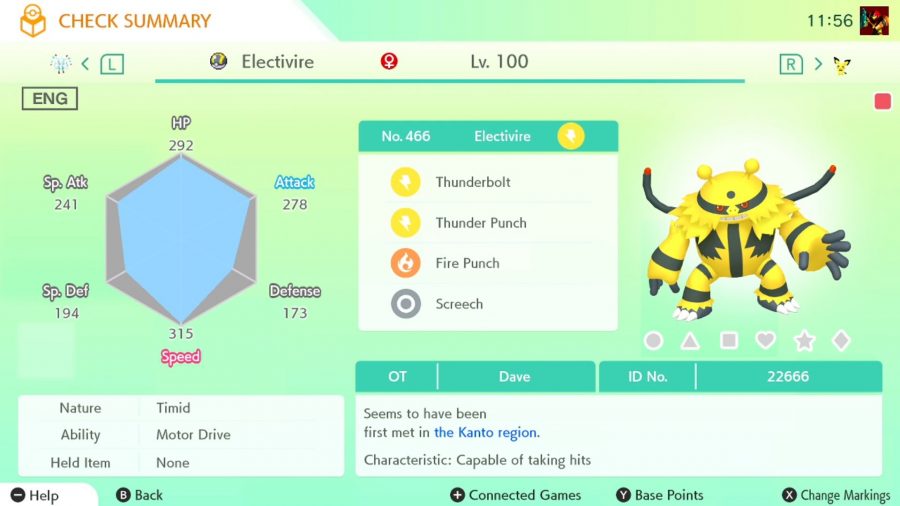 This Electric-type is a physical powerhouse that you should definitely consider for your team. It does really well as a physical attacker and has great type coverage. Couple that with its ability Motor Drive that boosts its Speed whenever it’s hit by an Electric-type move, and it becomes a huge threat to switch into.

You’ll likely be running Electivire with Ice Punch and Earthquake, but have the option to go for the basic Thunder Punch or the risky Wild Charge for your STAB Electric-type attack. Your last move is open to interpretation, but it does have a better time using physical attacks rather than special attacks. 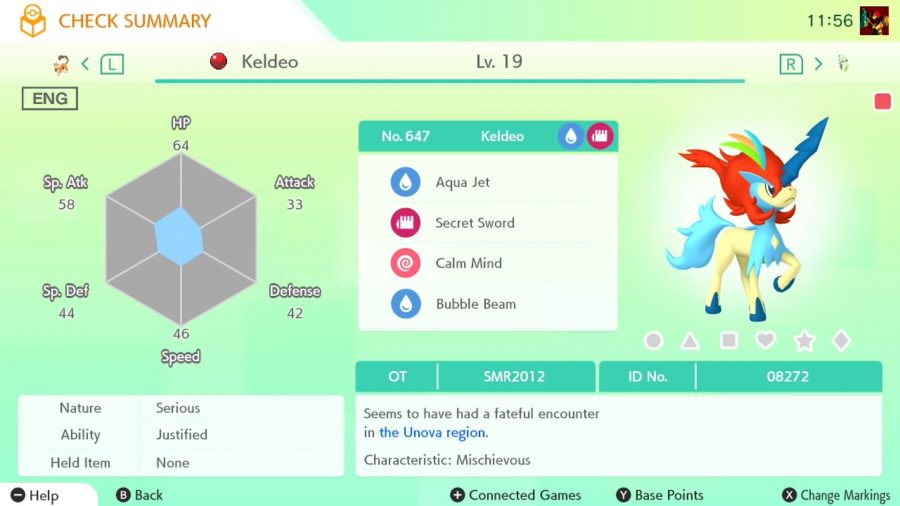 We’re including this mythical Pokémon in our list because this is the first time you can legitimately can catch Keldeo in a Pokémon game. Previously you had to unlock it by redeeming an event.

Keldeo shares the Water/Fighting-types with only a handful of Pokémon and it has access to Secret Sword, which transforms it into the Resolute Form. It’s a powerful physical attacker with access to some fantastic physical TM moves. It also has the new move Flip Turn, which is a Water-type version of U-Turn, and Coaching, which raises allies’ Attack and Defence by one stage while bypassing protection moves.

So those are our picks for The Crown Tundra’s best Pokémon. With so many strong legendary Pokémon to choose from, there’s plenty of opportunity to build a powerful team, but don’t sleep on the likes of Garchomp and Crobat too. We can’t wait to see how they’ll get on in the competitive scene.