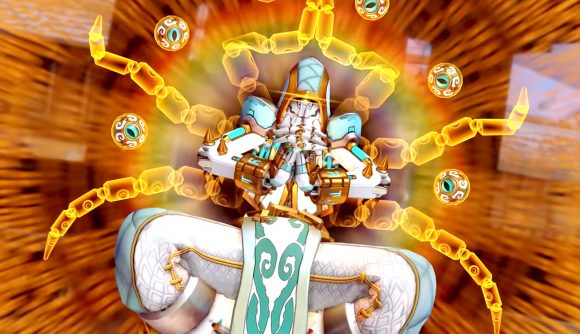 The Overwatch 2 development team has released its second weekly update, following on from last week’s patch which has seen broken hero Wrecking Ball re-enabled for OWL this weekend, as well as bringing a whole new passive ability to support hero Zenyatta in the form of the knockback-enhanced Snap Kick.

In the latest developer blog post, the team reflects on Zenyatta’s new ability increasing his win rate in games by 5%, while also boosting his secured kill rate by 10%. The patch also saw a decrease in Overwatch 2 queue times by an average of 48%, with the team optimistic that support improvements “had a lot to do with it.”

The team notes, however, that it “still [has] work to do” and has indicated that a new patch for the Overwatch 2 beta will be coming before the end of the week. This future patch will continue to focus on adapting supports to the new game’s 5v5 format, as support deaths have surged across the board.

A similar increase in deaths has also been reported in the tank role, though the team has been quick to comment that these have affected D.Va and Orisa the most, both of whom require players to dramatically change their playstyle in comparison to the original game. No comment on future changes for tanks has been made so far.

While no major statistical insights for damage role players have been offered, the blog post does comment on some community feedback regarding two heroes that have been left behind in the change to a more mobility-and-skill-based game format – Junkrat and Symmetra.

These are just a few highlights from the Overwatch 2 PVP Beta patch notes.

👀 Check out the rest https://t.co/hlCMRNQZ6y

For Junkrat, the team is “exploring ways to better reward direct hits as a form of skill expression” while remaining cautious not to alter the feel of his signature frag launcher too much. As for Symmetra, the team acknowledges that her ultimate Photon Projector has become “harder to get value from” in a game no longer focused on shields, and suggests a more significant rework for the character. If pursued, this would be Symmetra’s third major rework since her debut in 2016.

In regards to exploring more ways in which to improve the pick rate of support heroes, the dev team suggests future changes to Moira and Mercy. The former is likely to see changes to bring her more in line with the skill-based kits of other heroes, while the latter will have her “(not so) secret technique” – the ‘super jump’ – formalised into a hero ability.
Make sure to keep track of all the major ability and playstyle changes by using our Overwatch 2 heroes guide.