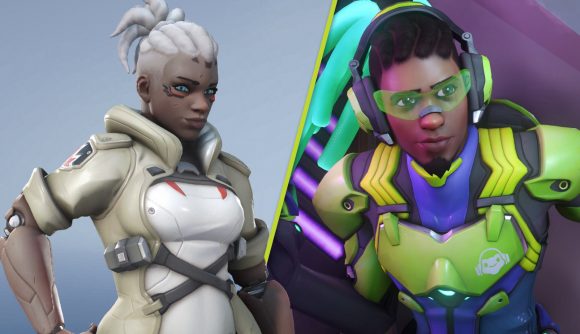 With the Overwatch 2 beta well underway, the development team at Blizzard has unveiled a new weekly developer blog in a bid to address many players’ concerns about the current state of the beta and the future state of Overwatch 2 itself. This week’s blog post, published on the Overwatch forums, shows that the developers are addressing continuing issues like player queue times and the beta’s lack of a ranked mode as their first priority.

In the post, the team acknowledged that its biggest perceived problem regarding queue times was a lack of interest in Overwatch players choosing support roles. “We understand the need to make playing support more attractive to players,” the team admitted. The post details both a short term plan to deal with the issue, which entails potentially revamping current support hero abilities in a future patch, and a long term plan to explore “exciting new support heroes”, which the team believes constitutes “the most effective way to tackle [the queue time] issue.”

The post further listed reasons why a competitive ranked mode, a mainstay feature for the original Overwatch, hasn’t been included in the beta. The team explains it made the choice to help “prioritise making matches more quickly over splitting players into multiple queues,” while also teasing “significant overhauls” of the ranked and competitive mode systems that were “not yet ready to test publicly at scale.”

Further elaborating on the beta’s future plans, the post clarifies this first PvP beta’s goals, with much of its testing focussing on balancing the new 5v5 format, as well as the new Push game mode and the new maps. Given streamers like Felix ‘xQc’ Lengyel have been able to find a map exploit or two in the Overwatch 2 beta, it makes sense that the dev team would be using the beta to hone in on weaknesses in the current build of the game as they edge closer towards the full Overwatch 2 release date.

Responding to player feedback regarding the new in-game scoreboard, which now details full player stats on both sides of each match, the dev post asks players to “keep in mind that this reworked scoreboard screen is a work in progress” and notes that the team is “already exploring multiple concepts for different layouts.” This update comes with the announcement that the fire and medal systems from the first Overwatch are “retiring,” as the dev team has realised the systems led to “players incorrectly interpreting actual team performance.”

Our team has worked to explain our thinking and plans on several of the topics we've heard you asking about during our first #Overwatch2 Beta test. Give it a read!https://t.co/jY1HnEOVlf

The post notes that between now and the final Overwatch PvP release, the team plans “to add more content including heroes, maps, and features,” with significant “polish and refinement” coming for the UI and bugs. In particular, a hero balance patch has also been teased for the beta, meaning there’s more to come for those currently able to access the Overwatch 2 beta.

For those still looking to join in before the beta ends on May 17, there are plans for the Overwatch League to offer 1,500 Overwatch 2 beta codes per hour during its fifth season’s opening weekend, which kicks off on May 5.