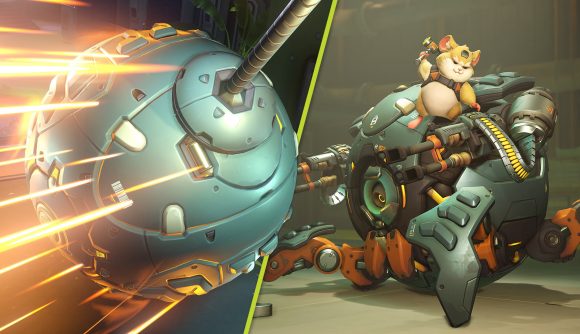 Can anyone else hear that squeaking, or is it just me? Nope, it turns out Hammond’s rolling on back to the Overwatch League this weekend, as league head Sean Miller took to Twitter earlier this evening to announce that Wrecking Ball will finally be re-enabled.

Wrecking Ball initially proved too much for Overwatch 2’s beta to handle thanks to a bug on Ilios which caused the weaponised hamster to disconnect everyone from the server. As discovered by former OWL pro Super, jump-grappling the floor twice in the Ruins spawn room would instantly kick everyone except the offending rodent from the game.

Despite the bug being fixed in the latest Overwatch 2 patch notes, the pros are still playing on an earlier patch. Whether the announcement means OWL will now be played on the latest patch – which introduces Zenyatta’s new Snap Kick passive ability, among a slew of changes to some of the other Overwatch 2 heroes – or if there will be a simple hotfix to the current pro patch remains to be seen.

Although OWL teams have been getting on just fine without everyone’s favourite bundle of fluff (if you discount Winston, that is), teams hoping to integrate the adorable death ball into their compositions will now have the ability to do so without fear of causing unintended destruction to the game.

Guess who's back, back again 😎

Wrecking Ball will be available for #OWL2022 play this weekend 🐹 https://t.co/NsPdTvTQ82 pic.twitter.com/NNAy7OqNtZ

The first series of this weekend’s Overwatch League action will see Florida Mayhem take on the Vancouver Titans when play resumes this Friday, May 13.