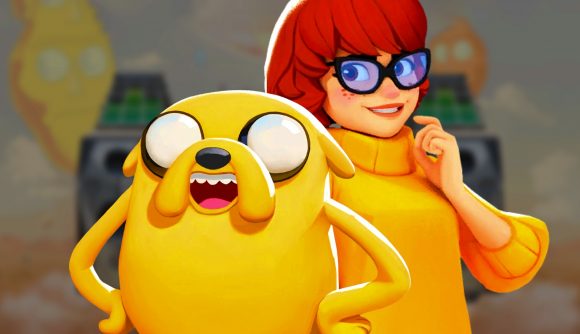 If you’re one of the unfortunate souls who has had to deal with a Velma and Jake duo in MultiVersus spamming speech bubbles to win games, you’ll be pleased to know that your troubles might finally be over. MultiVersus game director Tony Huynh has confirmed that Player First Games has tackled this exploit with an online only update on August 5. If you’re someone who has made good use of this exploit over the last couple of weeks, we can’t say that we’re sorry to see the back of it.

Taking to social media in the early hours to share the good news with the MultiVersus community, Huynh revealed that “an online only fix for the Jake ally projectile reflect not triggering ally cooldowns” had gone live.

Why is this important? Well, Velma’s ‘Supportive Words’ attack lets loose homing projectiles that, while only dealing small amounts of damage, offer decent knockback and could be exploited with Jake’s ‘That’s Heavy, Dude’ – an attack that, when charged, will allow projectiles to reflect off of Jake and towards enemies.

As you might be able to imagine (if you’ve managed to avoid coming up against others exploiting this), a bug that forgoes any ally projectile cooldowns allowed duos pairing Jake and Velma together to effectively spam her “Supportive Words” speech bubbles to devastating – and frustrating – effects.

If you want to see this exploit in action, you can at the start of the clip below:

Yeah, this short clip is more than enough evidence to explain why Player First Games has taken swift action to issue an online only MultiVersus update to address this. How will this affect people’s opinions on both fighters – and our MultiVersus tier list – now this exploit can’t be used? It’s hard to tell, but hopefully both will still find a healthy place in the meta.