Insomniac Games’ Spider-Man Miles Morales was something of a launch title for the PS5 when it was released, showcasing everything the hardware had to offer and inviting us into the next generation of gaming with the next generation of web-slinging superheroes. It was a fantastic exploration of the universe created by Insomniac Games in Marvel’s Spider-Man, but it was far from a fully fledged sequel – something fans have been desperate for after all the unanswered questions of Peter Parker’s last full outing. Thankfully, a sequel is coming and we have everything you need to know about the Marvel’s Spider-Man 2 release date right here – including the latest rumours, speculation, official announcements, and more.

So, don’t worry if you feel like you’re missing out on the latest information regarding the Marvel’s Spider-Man 2 release date. This article should help to clue you in on everything you need to know about the game itself and when you can get your hands on it.

Of course, there’s going to be some information in this article that’s on the speculative side – Insomniac Games isn’t giving everything away just yet – so, it’s worth taking some of it with a pinch of salt. However, any guesses made will be educated and supported by official announcements where possible. This is going to be the best place to stay up to date on when Marvel’s Spider-Man 2 arrives – and what to expect.

Right now, we only have official confirmation that Marvel’s Spider-Man 2 release date is coming at some point in 2023. Insomniac Games hasn’t shared any more information on when fans can expect to see this game release just yet.

With the first Spider-Man game releasing in September 2018, and Spider-Man Miles Morales releasing in November 2020, we could see Marvel’s Spider-Man 2 release at some point in the second half of the year. However, this isn’t confirmed and only time will tell.

At the moment, there’s only one trailer to talk about when it comes to Marvel’s Spider-Man 2. Insomniac Games released the first cinematic footage of this game at Sony’s PlayStation Showcase in September 2021 – and it’s all we have been thinking about since.

As you can see below, this Marvel’s Spider-Man 2 trailer offers us an updated look at the ‘default’ suit for both Miles Morales and Peter Parker (who are expected to both feature heavily as Spider-Man in this game) alongside a first look at Venom in Insomniac Games’ universe. 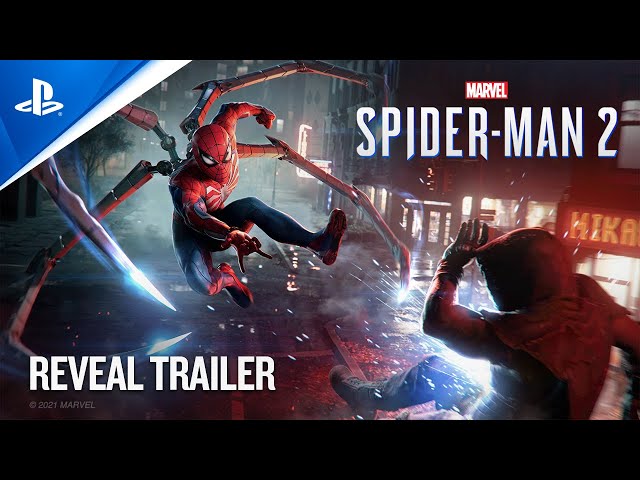 After watching, you may be sitting wondering who’s narrating this thrilling encounter. Well, there hasn’t been any explicit confirmation from Insomniac Games, but it seems quite certain that the voice we’re hearing is Kraven the Hunter – another foe that this Peter Parker is yet to face in-game.

Well, that’s everything we know about when the Marvel’s Spider-Man 2 release date is due and how long we have to wait to see Peter and Miles back fighting crime. It’s going to be one hell of a ride, whenever we get to go on it, and hopefully we’ll find out more soon.

Marvel’s Spider-Man 2 isn’t the only superhero game in development at Insomniac Games – you can read about why we think Marvel’s Wolverine doesn’t need to be an open world game here. You can also find out more about Marvel’s Wolverine release date and why Xbox passed on making a Marvel game to focus on its own IP here.