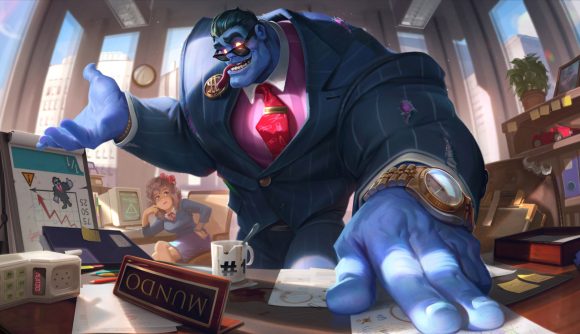 Although the 2021 League of Legends season isn’t quite over yet, Riot Games is already preparing to make some big changes for Preseason 2022. Although there won’t be large-scale changes like Mythic Forge and the reworking of dragons, there will be substantial updates to existing systems, like runes, bounties, and progression identity.

In the dragon department, Riot is aiming to create even more terrain features that “alter how the game plays out after the map transforms”. Additionally, the studio wants to further explore themes of empowerment, particularly how dragons and champions are empowered on the rift. Although details are few and rather general so far, we’ll be getting more info on the plan for dragons later this year.

Riot has recognised that Mythic options for support champions are lacking, and so wish to remedy that in 2022. As for Legendary items, Riot says that it’s ok with some items in this category being great for a few champs, rather than “being okay for a lot of them”. With that said, it says that there are gaps to be filled in that space, particularly for mages, assassins, and tanks – so expect some new additions to the shop this Preseason.

The Inspiration rune tree is seldom chosen as a primary option, which Riot attributes to an unclear identity. Although we’ve seen keystones like Glacial Augment excel on Senna, and several Unsealed Spellbook builds crop up, Inspiration keystone usage is still incredibly niche. As such, Riot has announced that Inspiration keystones will be getting a rework during the Preseason. Furthermore, the studio will be looking to make some tweaks to the balance of secondary runes across the board. 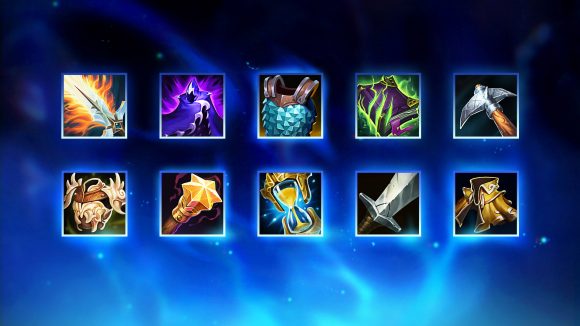 While the addition of the Elder Dragon buff in 2019 was Riot’s way of introducing a ‘win more’ mechanic to ensure games don’t drag out, this Preseason will actually see a new potential comeback mechanic brought in – Objective Bounties. League is first and foremost an objective-based game, and teams which are able to sneak a dragon despite being behind will now be rewarded further for it.

However, Riot is very much aware of the concerns surrounding Objective Bounties – chiefly that they’ll either cause game times to inflate, or invalidate huge leads accrued by the winning team. In response, the studio says that it will be keeping a close eye on the changes to ensure these things won’t happen, and will tweak where necessary.

Progression identity is something which Riot has been increasingly keen to improve on – not only in League, but in Valorant too with the recent addition of the Valorant account level system. In 2022, this will include the addition of Challenges – unique goals players can tailor to their playstyle – and new ways to show off their accomplishments through “things like titles, tokens, and rank.” There will also be a tiered progression crystal which will evolve based on your overall Challenges score. 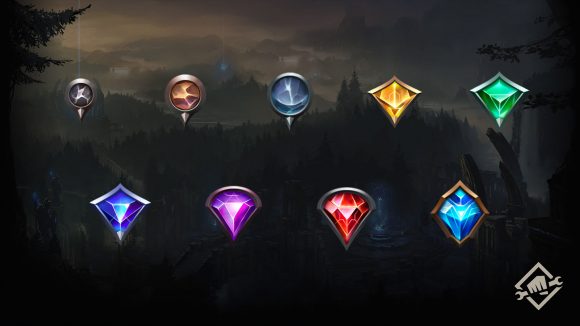 What this means is that if you’re a Jeong ‘Chovy’ Ji-hoon-tier CS’er, you can set a farming challenge for yourself that will net points towards your personal progression. Smash through enough challenges, and you’ll get plenty of serotonin-inducing shinies to show off while gapping the enemy laner on your League of Legends ranked climb. Riot hopes Challenges will ship with Preseason, but if not then the latest we will see them introduced, it says, is early 2022.

Riot doesn’t plan on stopping there with regards to progression, however, as it says that it has “heard your feedback on the desire to integrate champion-specific affinity to the personalisation options, as well as doing more with banners in the lobby” – so we may see more of that as Preseason draws closer.

With the hopes of providing better itemisation and rune options for players, showcasing dragons in new ways, giving players another method of getting back into games, as well as whole new ways of rewarding players for time invested into the game, Preseason 2022 will force a lot of changes to League.

While a lot of the details are quite general, Riot says we’ll hear more detailed plans in September’s Quick Gameplay Thoughts, and October’s edition of LoL Pls: Preaseason 2022, and early PBE.