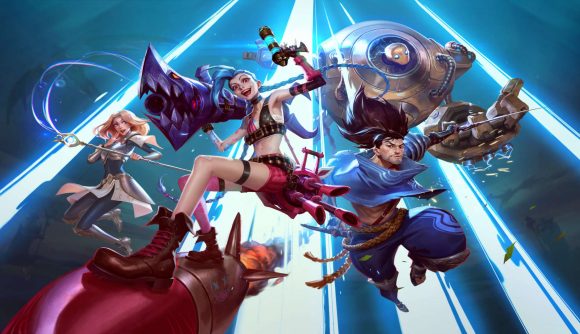 Riot Games has just revealed what is to come in League of Legends: Wild Rift Patch 2.2 – including the release schedule for the game’s next five champions. The mobile-friendly version of LoL has a much smaller champion pool than the PC version, but Riot is continuing to add in champions at a decent rate. With five more on the way in the next couple of months, the total number of champions in Wild Rift will soon pass the 60 mark.

Up first on April 1 (which is two days after Patch 2.2 drops on March 30) is Galio, who will be joined on April 22 by another tank champion in Rammus. The latter appears to be getting a big overhaul to make him Wild Rift-friendly, with changes to his Q and a new ultimate. Later in May, three more champions will hit Wild Rift: Kha’Zix, Rengar, and Renekton.

It will be exciting to see where these five new champions slot into the current Wild Rift meta, and if any of them can make our Wild Rift tier list of the best champions.

The full release schedule for new Wild Rift champions in Patch 2.2 can be found below

As well as new champions, there’s new items hitting Wild Rift with Patch 2.2 as well. There’s good news for tank players, as the addition of Frozen Heart, Force of Nature, and Sunfire Aegis should give you more to play around with. Sheen and Sapphire Crystal have also had a rework, as has the Ghost summoner spell. Full details of these changes can be seen in the dev update below.

All these new changes and additions will finally be enjoyable for players in the Americas too, who will finally get access to the game on March 29, the day before Patch 2.2 drops