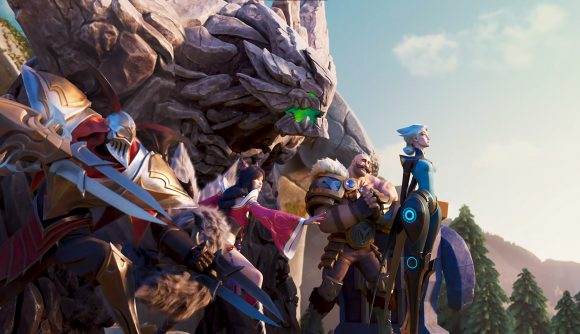 After a long delay due to the ongoing pandemic, Riot Games has announced that League of Legends: Wild Rift is finally coming to North America at the end of the month.

Wild Rift’s NA open beta is set to kick off on March 29 – several months after other regions around the world got access to it for the first time. Speaking on the delay back in October, the game’s executive producer Michael Chow says that this was caused by infrastructural issues, with server site installations held up by COVID-19.

However, it now appears that the necessary groundwork has been completed, and the developer is happy to go ahead with letting players on both iOS and Android finally get into the game. Chow also notes that Riot is working on ways to reward NA players for their patience. Although how this will manifest remains to be seen, players should hopefully be able to catch up with their peers from other regions quickly enough.

While you’re gearing up for Wild Rift’s NA launch, check out our Wild Rift tier list to get the lowdown on all the top champs right now. When the time comes, you’re going to need to farm Blue Motes to unlock them, so definitely familiarise yourself with our Wild Rift Blue Mote guide to help you on your grind.