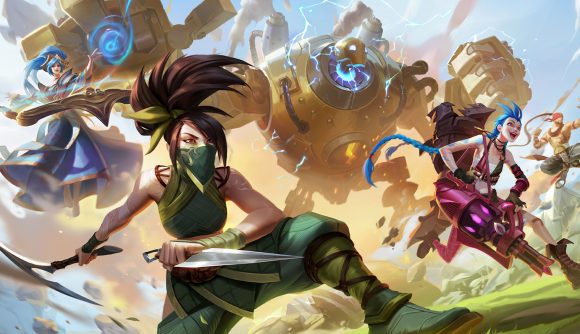 While League of Legends fans worldwide are gearing up for the release of Wild Rift, players in North America, South America, and India have been left feeling a little dismayed. The game, which will be available on iOS and Android, has been delayed until next year.

2020 has been a tough year for everyone, including those at Riot Games working on Wild Rift. According to the game’s executive producer Michael Chow, the team has struggled with the demands of developing and shipping a game during a time in which travel and office work is restricted. As a result, new server sites, among other things, haven’t been set up, which has caused these regional delays.

However, Chow says that “literally all of Riot is working together” to bring Wild Rift to the Americas and India as soon as they can. While the open beta, which goes live today in Indonesia, Japan, Malaysia, the Philippines, Singapore, South Korea, and Thailand, won’t be available for these players, Chow says he’s working on ways to rewards fans for their patience in the future.

“We want the quality of the Wild Rift servers to make the game shine for you,” Chow says in his recent video. “Rushing this isn’t going to give you the experience you deserve and might even put us in a situation where we might have to take down the game completely for some period of time and even risk resetting your account progress while we migrate to a new service infrastructure.

“Now, the good news is that facing down these problems now will significantly future proof the Wild Rift servers for you and ensure we won’t be needlessly frustrating you in a live environment. We believe with all our hearts that you’re going to agree it was worth the wait.

“That said, it does suck and we are sorry. The worst part, we think, is coming late to the ecosystem of a game, so we’re going to be looking for cool opportunities to make that right for you.”

While Chow hasn’t detailed exactly what those opportunities will look like, they are likely to revolve around unlocking champions and cosmetics so players can get involved competitively as soon as possible, without seemingly being handicapped.

Wild Rift enters open beta for some regions today. The game is set to come to Europe, Oceania, and most parts of Asia in December, followed by North America, South America, and India in 2021.