Wild Rift is a compelling experience, bringing the intricate and strategic gameplay of League of Legends to mobile in a streamlined format. It’s not the most accessible though – as a newcomer, you might feel a tad overwhelmed when selecting your first champion.

That’s because each and every champion has their own unique abilities, strengths, and weaknesses that can be countered by others. To help you get to grips with the champions, we’ve racked up hours and hours of playtime to create this Wild Rift tier list, hopefully giving you a stronger sense of direction when starting your Wild Rift journey.

We’ve primarily focused on the core champions available to all players – any on this list that aren’t part of this set can be easily unlocked with champion selection chests or Blue Motes. Keep in mind that any champion can be viable with the right player controlling them, so don’t be afraid to give some of the perceived weaker characters a try. With that being said, let’s move onto the list.

Now we’ve laid out our Wild Rift tier list, we’re going to explain how we came by this ranking by going through each and every champion. 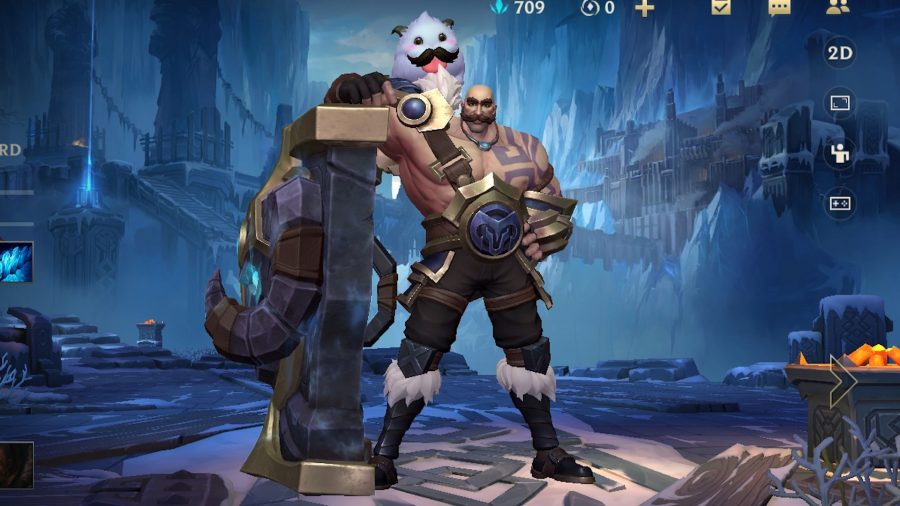 This mustachioed tank should definitely be on your radar. Braum has exceptional mobility and is able to dive around battlefields to protect allies and shield them from projectiles. He can also reverse the momentum of a fight instantly by slowing down and stunning enemies to set up your teammates, making him incredibly versatile.

This jungle champion shines as a ganker, diving in and out of fights to tear through ADCs and supports with a swift barrage of empowered blade strikes. Careful team coordination is key, however, since a focused attack can wipe Yi out in an instant, but solid junglers playing this champion have turned the tide of many matches. Master Yi takes a little more practice to perfect, but the payoff is worth it.

Although it can take a little while for this bruiser to come into his element, Darius is a powerful champion to pick for the Baron lane. His ranged hookshot lets him single out stragglers for a swift beatdown, keeping his own HP topped up in the process, and his ultimate can be devastating if timed right. Darius is suited to a careful and strategic play style, but can be a huge threat if left unchecked.

Ashe is an extremely good ADC champion to get to grips with. Her rapid-fire ranged attacks, paired with a stunning ultimate, can tear through enemies quickly. Her Hawkshot ability gives her near-unparalleled levels of map knowledge, letting you snipe fleeing champions from afar and keep track of their movements while laning. 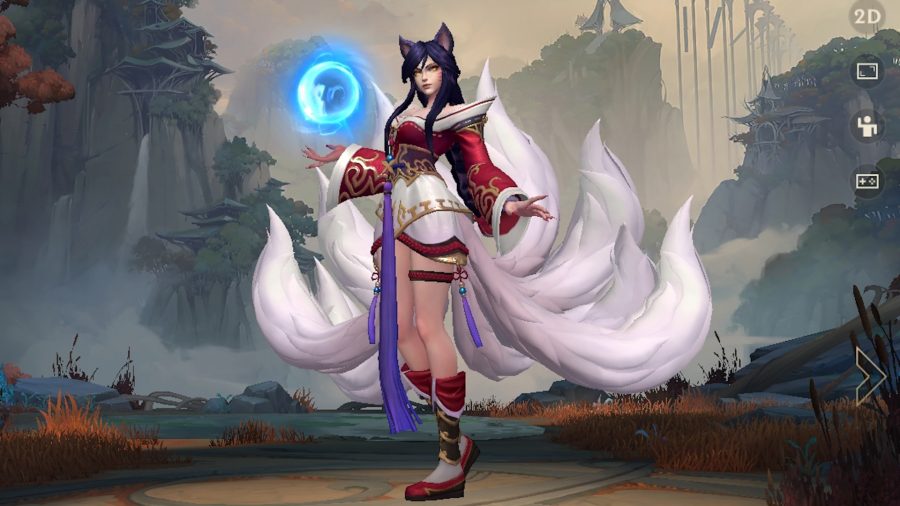 This champion is excellent for controlling lanes and chipping away at enemy champions. Her ultimate is extremely strong as both an offensive and defensive tool, allowing you to dash in and out of danger whilst racking up kills, and her ranged enchantment can be extremely effective at singling out and neutralising enemy threats.

Although we’ve ranked Blitzcrank lower than Braum as a support character, don’t be misled. This robot is an extremely solid Wild Rift champion, with impressive trading potential. Played poorly, Blitzcrank can flounder and fail to provide any proper support, but be warned: an experienced Blitzcrank player is a force to be reckoned with.

Garen is a superb Baron laner and one of the best champions for new Wild Rift players. His toolkit is simple, intuitive, and extremely efficient for lane management, letting him wipe out creeps swiftly whilst keeping his health topped up. Although his biggest weakness is mobility, leaving him susceptible to ganks, Garen can be extremely strong in 1v1 situations and should never be underestimated.

While this rocket powered boxer lacks some of Master Yi’s punch, Vi excels at ganking and 1v1 takedowns, particularly in the early stages of the game. Her charged dash ability also makes her great for chasing down enemies and navigating the jungle. 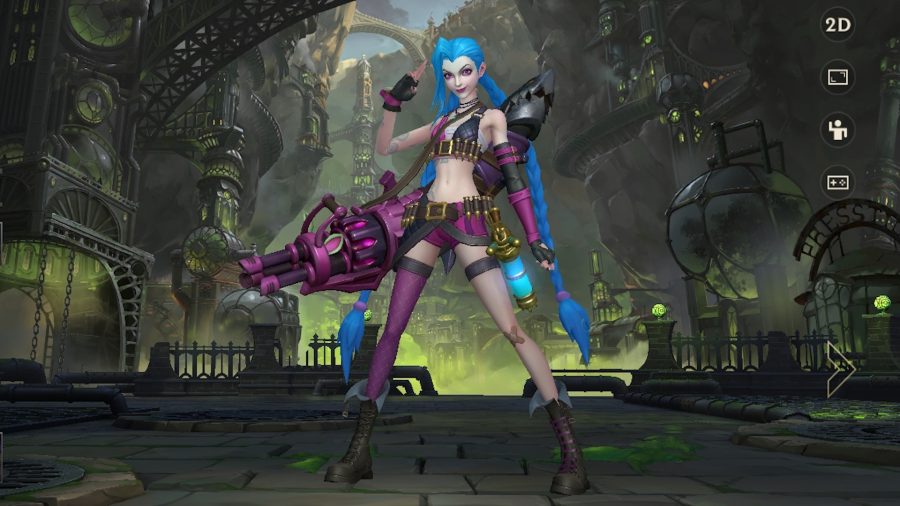 A good Jinx player can be hell to play against, constantly tripping you up with traps before blowing you to pieces with a rocket launcher. While she can be particularly squishy as an ADC, Jinx shines as she levels up, turning into a one-person wrecking crew in the late game.

This airborne healer is heaps of fun to play and can easily turn the tide of a team fight by herself, with a fantastically disruptive whirlwind ability paired with a crowd-controlling ultimate that doubles as an AOE heal. Although other support options are more common and more effective, this champion has a high skill ceiling and can be extremely effective in the right circumstances.

Lux’s slow-charging ultimate has ridiculous range and power and her ability to pin down enemies and shield allies while dealing heaps of damage makes her extremely useful in the mid lane. Her abilities are slightly trickier to use than other mages like Ahri, making her a bit less consistent, although a strong Lux can easily carry a team. 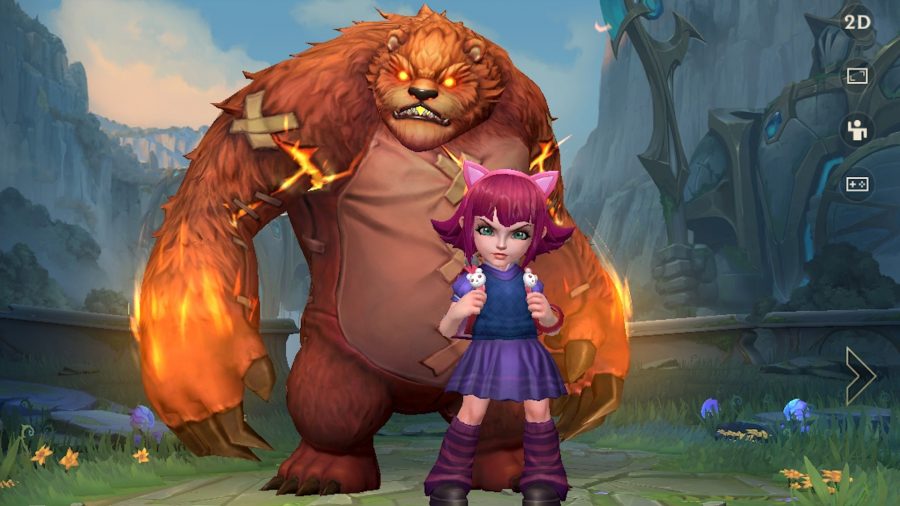 Although Annie is easily one of our favourite character designs in Wild Rift, her abilities leave a lot to be desired in the mid lane.  There’s a lot of room for optimisation within her toolkit and she has good tools for lane pushing, but her limited range holds her back.

Nasus is a really interesting pick for the Baron Lane and can genuinely stand out in certain matches for his ability to tank damage and lay on pressure. However, his head-to-head potential simply doesn’t compare to the other options currently available in Wild Rift.

That’s it for our Wild Rift tier list for now. There’s a whole load of champions we haven’t covered here, but this should be a good starting point.

Remember to keep calm, treat every defeat as a learning opportunity and communicate with your teammates – you’ll see your win-rate improve no matter what champion you pick.

Niall is a freelancer from Dublin, Ireland and a former Mario Kart DS Yoshi main - his competitive gaming career has nosedived ever since. Words on The Washington Post, Pocket Tactics, and more.