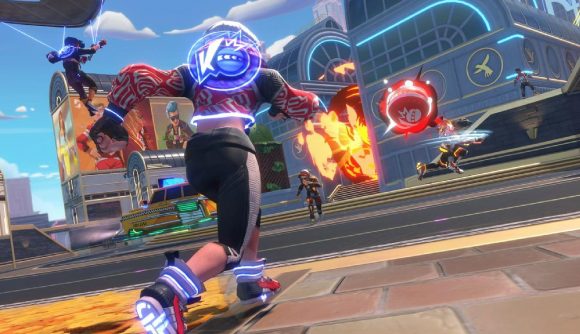 Knockout City is getting a PS5 upgrade next week and launching straight into PS Plus for the November 2021 line-up. While it is one of the PlayStation Plus free games, players who already own the PS4 version of the game will be treated to a free upgrade to the new-gen version, even if they don’t redeem it through PS Plus.

In addition to announcing the Knockout City PS5 upgrade process, Velan Studios has announced via the PlayStation Blog that the game will have two performance modes. The Quality Mode will offer a native 4K resolution and 60 FPS gameplay. The Performance mode, however, will let you destroy your opponents with dodgeballs at 120 frames-per-second, with a 1440p resolution, upscaled to 4K.

That is an impressive suite of technical upgrades for the game, which already ran really smoothly on the base PS4 and when playing the game on PS5 through backwards compatibility.

We are still waiting to hear more about the PS5 port, including whether or not the game will offer 3D audio support, trophy tracking, and of course, DualSense controller functionality.

If you do plan to jump in next week, there are a number of Knockout City codes you can redeem to get free player icons, customisation items, and more.

Velan will also be launching the new Royal Rumble event until November 16 which will offer players the limited time playlist KO Royale, which is the game’s take on a battle royale. New contracts will be available with Holobux to earn and a suite of new customisation items as well.

This fun won’t stop there, as Velan Studios promises more updates and “surprises” down the line.