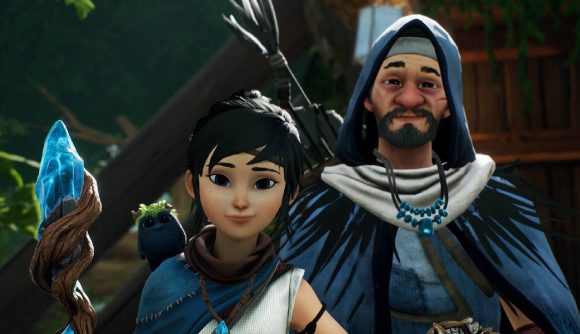 Photo Modes are all the rage these days, with communities flocking to share their best snaps in-game with like-minded individuals. Kena: Bridge of Spirits has been no different with the community sharing some breath-taking images since the game’s release last month.

These screenshots cover almost everything – there are close-ups of the game’s characters, perfectly framed landscape images, and, of course, lots of photos of The Rot. However, while the community has certainly embraced the feature, the developer has been left bewildered by the creativity of its community.

“We hoped people would enjoy this function, but we were pleasantly surprised at how many have dived headfirst into this feature,” Ember Lab’s chief of creative Michael Grier and producer Thomas Varga tell The Loadout. “Some players have even mentioned how they’ve spent as much time in Photo Mode as they have playing through the main story.”

You can tell photo mode was a labour of love for the team, something Grier and Varga reaffirm during our interview, calling its inclusion as something “really special”.

This is likely in part due to the fact that the characters in Kena respond to players capturing pictures. This includes the fuzzy Rot companions who were actually designed to be evil and shaped more like goo early on in development.