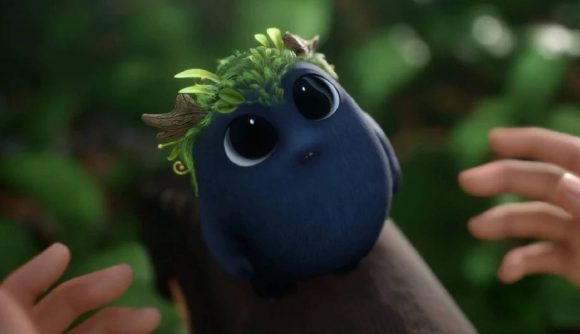 The Rot are undoubtedly the stars of the show in Kena: Bridge of Spirits. These loveable little blobs and their cute personalities led to everyone who has played the game falling in love with them. But, they didn’t always look and behave like they do now. Originally they were far more nefarious and a lot less fuzzy and cute.

Speaking with The Loadout, Ember Lab‘s chief of creative Michael Grier and producer Thomas Varga, discussed the origins of the Rot and how they were inspired to create such adorable companions for Kena on her journey to the Mountain Shrine.

“The Rot’s original design as Kena’s enemies started out as more of a goo or liquid form of corruption. It would break apart into separate blobs,” Grier and Varga say. This design was down to them actually being the antagonists, trying to stop Kena on her journey, but development quickly shifted and Ember Lab “soon found that making them her teammates was the way to go.”

But, in order to make them Kena’s companions, the Californian studio had to completely redesign these blobs – leading the team to look further afield for inspiration for The Rot’s new look and personality.

“We began taking inspiration from some Studio Ghibli characters, like from the films Spirited Away, My Neighbor Totoro, and Princess Mononoke,” the pair say. This can certainly be seen in how the Rot animate and interact with Kena on the screen. The team also “included elements of plant-life to their designs to connect them to their environment and help them camouflage with the forest,” which explains all the branches and leaves that come out from their heads.

After all the hard work on Kena: Bridge of Spirits, the studio is in the incubation period for its next project, which appears to be something entirely new, even if delving deeper into the world of Kena “would be very exciting”.