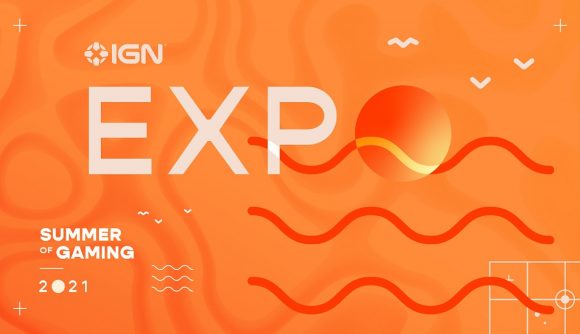 Another day, another non-E3 show to dig into. The IGN Expo gets underway today as part of the company’s Summer of Gaming event, and if previous years are to go by, we’re in for a treat.

Last year, the IGN Expo took place over five days, but this year IGN is doing things a little differently. That’s because we’re getting one big, long conference this year that’ll showcase lots of new game reveals, never-seen-before gameplay, and big updates. We don’t know which publishers are involved with this showcase, but given Borderlands 3, Chivalry 2, and Yakuza: Like a Dragon were all revealed last year, there should be some hidden gems in store.

The IGN Expo kicks off at 13:00 PDT / 16:00 EDT / 21:00 BST today (June 11). The show is being streamed on YouTube and Twitch, but if you can’t watch it live, don’t worry – we’ll be updating this article with the latest news and announcements as they come in, so give it a refresh every now and then.

We’ll also be covering E3 in this way, so if you’re looking for a place to catch up on what’s already set to be a busy June, keep an eye on The Loadout’s homepage.

Right then, hot of the heels of all the juicy announcements of Summer Game Fest‘s showcase, it’s IGN Expo time. Buckle in for some more news and game reveals. Here we go…

A new DLC is coming to Mortal Shell, but sadly no release date just yet.

Plus, you can play as Rocky Balboa, what’s not to love?

Watch this exclusive CGI trailer for Sherlock Holmes Chapter One, a story-driven action-investigation game that explores the origin of the world’s greatest investigator as he works to solve the mystery of his mother’s death. 🕵️ #IGNSummerOfGaming pic.twitter.com/it3urEAfxr

A lovely cinematic trailer here for a new detective game featuring none other than Sherlock Holmes. This is dropping later this year for current and next-gen consoles, and PC!

This fantasy twist on Borderlands was revealed at Summer Game Fest yesterday, with a release date of early 2022. But here we get a bit more info, here’s the highlights:

A new look at a skateboarding platformer with a gorgeous art style: Olli Olli World. It’s releasing “this winter” and is coming to Switch, Xbox consoles, PlayStation consoles, and PC.

Here we’ve got the sequel to zombie survival title World War Z, and its coming with a juicy graphics package for next-gen consoles. 4K/ 60 FPS gameplay is on offer.

There’s also a new melee combat system, first-person mode, and its cross-play between consoles and PC.

Another skating game, nice! Slightly different graphic style on this one though… This is SkateBIRD, and above is its first official trailer.

SkateBIRD is coming to Switch, Xbox consoles, Itch.io, Steam, and Amazon Luna on August 12. It’ll also be on Xbox Game Pass from launch!

Channel your inner Tony Hawk… I’ll show myself out…

We’ve got a release date for The Forgotten City, a mystery adventure game that is a reimagining of a famous, award-winning Skyrim mod.

You’ll be able to play it on July 28 on Steam, all Xbox consoles, all PlayStation consoles, and Nintendo Switch – plus there’s a Digital Collector’s Edition too if you want to go all in.

Splitgate – an FPS that looks like a cross between Halo and Portal (or Ratchet and Clank: Rift Apart for our younger readers) – is coming to console.

On July 27, you’ll be able to pick up this free-to-play shooter on PS4, PS5, Xbox One, and Xbox Series X|S. It has a decent PC community already, so it will be interesting to see how it gets on with the console audience.

We’ve got some new gameplay of Haunted Space, a sinister-looking, story-based space shooter. Coming to Steam and next-gen consoles only, expect tip-top graphics and smooth gameplay.

No multiplayer confirmed, but it looks to us like a wasted opportunity if there isn’t – think Star Wars: Squadrons…

No release date yet either, but you can wishlist it.

So that’s the IGN Expo done and dusted – no real massive surprises or blockbuster announcements to be honest, but our highlights include Splitgate coming to console, and SkateBIRD being an absolute blast.

Check out all of these wonderful trailers and remember to keep your eyes on The Loadout for more live blog coverage of big events and showcases over this crazy week of gaming news.