In Hyper Scape, your loadout is one of the only things you can control. Game-changing Hyper Scape events, voted on by Twitch users through the Crowncast extension, can force you to change your strategy at a drop of a hat, so to be at the top of your game, you need to be well versed in all of Hyper Scape’s hacks.

There are currently ten hacks available in Ubisoft’s new battle royale, but expect more to be added over the course of the new season. These hacks will grant you abilities relating to offence, defence, or movement, and they can be upgraded multiple times by fusing copies of the same hack together. Often these upgraded hacks will have shorter cooldowns or increased damage, so they’re worth keeping an eye out for as you traverse Neo Arcadia.

Since we’re still in early stages of the game, there is no real meta at the moment. Players are still getting to grips with how to play the game, so for now, feel free to pick and choose whichever hack suits you. Just be aware that as you close in on the showdown of Crown Rush, you might want to change hacks as you progress.

Here are all the hacks you’ll encounter during a normal game of Crown Rush in Hyper Scape:

Enjoy being a sponge? This one is for you. When activated, Armour will stop you from using your Hyper Scape guns and abilities, but it will allow you to draw fire and absorb damage from enemies. So if you’re looking to draw up intricate distraction plans, or you’re willing to sacrifice yourself so your team can get away, this is the hack for you.

Become a giant bouncing ball that come jump over tall high rises with this hack. Ball is more a movement hack, so it won’t grant you much in the attack or defence department, but it does make getting about easy. 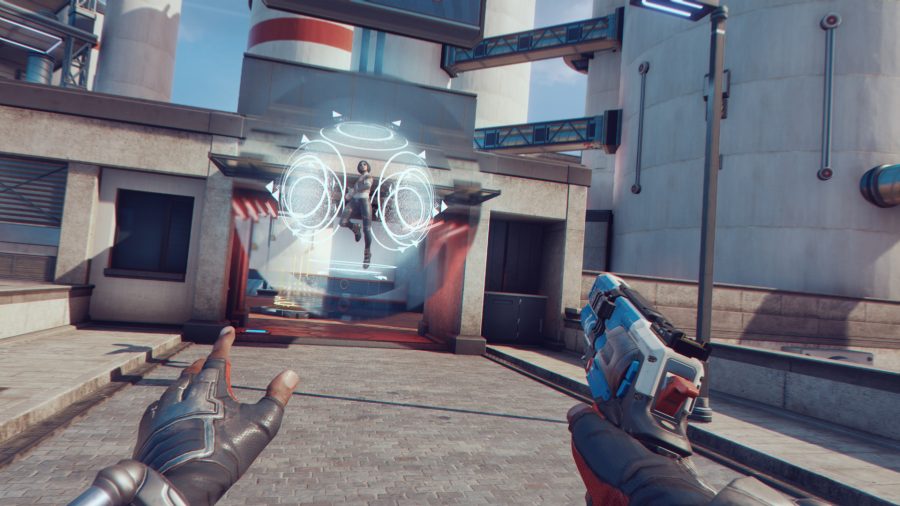 If you like being the team medic, Heal will let you drop a health station that will automatically heal you and your teammates. It does take a little while to work, so if you’re planning on running this in your build, you’ll need to find a defensible area to deploy it in.

Being jumped in Hyper Scape isn’t a nice experience, so the Invisibility hack can grant you a few seconds to scramble. The hack does what it says on the tin and it’s great in both offence and defence.

A hack introduced for the official launch of the game.  This hack attracts enemies so you can ensnare them in an area of effect. It can be used for quick getaways in clutch situations or allow you to set up traps for unsuspecting victims.

This hack will allow you to place mines down that will target the unsuspecting enemy that triggers it. It’s great if you want to make a nuisance of yourself or turn the tables on an aggressive squad, but towards the late-game, where players are taking things more slowly, it’s not always a good hack to have equipped.

This hack will reveal all enemies in a direction of your choice. This is useful in hot drop situations, but given players rarely sit still in Hyper Scape, it’s usefulness wears pretty thin – even when fully upgraded. 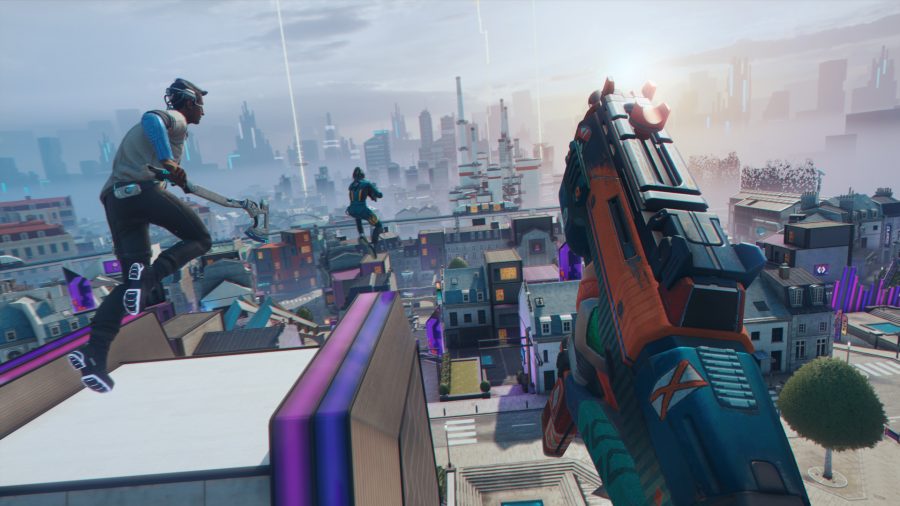 Shockwave is a ranged AoE hack that will knock players back in all directions. It does less damage than Slam, but it can also be used to get some air over your opponents. Fire it at your feet or a wall and you’ll be thrown in the opposite direction, making you a harder target to shoot.

Like slam, fusion will make its cooldown quicker and increase the hack’s damage.

If you get caught in a tough close-quarters situation, Slam is the perfect hack to have in your arsenal. When used, Slam will throw you high into the air, allowing you a little wiggle room before pulling you back down and performing an AoE slam on enemies below you.

When upgraded, Slam’s cooldown is reduced, but really the hack is there to get you out of sticky situations.

Some fights are lost before they’ve even begun, so the Teleport hack is useful for helping you get the hell out of there. The hack allows you to teleport you to a location in a direction of your aim, so if you need to duck out of a fight quickly or find a new angle, Teleport is good to have.

Thinking tactically is a key part of playing battle royales and Hyper Scape is no different. The Wall hack is great for those more strategically minded as it’ll allow you to seal rooms and corridors off when you need a quick break from the action. It’s a super handy hack to have at any stage in the game, but placing the walls can be tricky.