Hot Wheels Unleashed brings the joy of racing the tiny cars to your screen with a fast-paced, highly customisable arcade racer. Complete with a full career mode, multiplayer, livery editor, and track builder, there is more than enough to get stuck into. But, can those on Xbox One and Xbox Series X|S play the game on Xbox Game Pass?

With cars from across Hot Wheels' brands including classic original vehicles and tie-in trucks like the Mystery Machine from Scooby-Doo, there is a wide selection of miniature cars for you to choose from as you race around the game's winding tracks that weave in and out of vacant buildings, such as a school and an abandoned factory.

If you are looking forward to Hot Wheels Unleashed and want to get stuck into the game via Game Pass for PC and Game Pass for Xbox, read on to see if the game is coming to the service.

Hot Wheels Unleashed is not on Game Pass currently. The arcade racer is a traditional retail and digital release available in stores and on the Microsoft Store.

The game’s release has been met with high praise from reviews and a lot of streamers checking out what it has to offer on Twitch. There is a chance we could see Hot Wheels Unleashed come to Xbox Game Pass in the future. However, it likely won’t arrive on the service for a few months at least.

That covers all you need to know about Hot Wheels Unleashed on Game Pass and the chances of it coming to the service. For games that are set to be included in the service in October, take a look at the Xbox Game pass October 2021 line-up.

If there is nothing you fancy next month, you can also see what games are available now with our full list of Xbox Game Pass games for console. 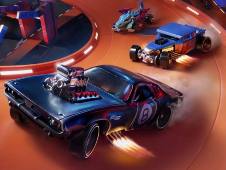