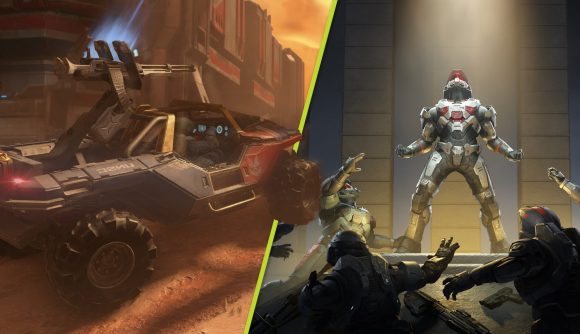 Halo Infinite Season 2 will see the return of classic multiplayer modes King of the Hill and Territories spin-off Land Grab, with each sporting a number of tweaks and reworks to help them feel consistent with the standards of competing modern objective-heavy esport shooters like Overwatch and Call of Duty.

The news comes from a Season 2 preview on the Halo Waypoint blog, which also includes details for a brand new mode, Last Spartan Standing – a ground-up retooling that evokes earlier modes like Escalation Slayer. All three modes, plus new Catalyst and Breaker maps, are coming free to Halo Infinite on May 3rd, so eager players haven’t long to wait.

The second season of Microsoft’s flagship series comes amidst much fan frustration at a recent roadmap delay that was set to lay out a timeline for missing features, as well as the fact Infinite won’t be seeing co-op in Season 2 any time soon. With the addition of these modes, 343 Industries will be looking to placate fans while it takes the time necessary to polish up its latest offering and add hotly-awaited features.

Zach Boyce, the multiplayer modes and systems designer on Halo Infinite, talks at length about the complexity of adapting a classic mode like King of the Hill to a modern format. He shows a lot of reverence for the original, emphasising that “it should strain the same skillsets as the classic mode and drive home the same objective fantasy as its predecessor,” while also listing many of the ways the mode can fall flat with its “strict timer” and “frenetic to a fault” gamesense.

The blog post lists the big changes 343 has brought to the game mode, with the biggest having to be the shift from classic accrual of points just by standing on the hill uncontested. Now, the mode features a Control Meter, which awards a point to the team that claims the hill from being uncontested the longest. The meter decays when unoccupied, and gaining a point changes the location of the hill, meaning competing players are incentivised to use a greater portion of the map and should never feel like winning the hill before a random timer changes its position is a waste of time.

Knowing the rules of engagement is paramount to success. Today, we’re giving you an early look at new game modes arriving with Season 2 of Halo Infinite – Landgrab, King of the Hill, and Last Spartan Standing. #HaloLoneWolves

Similarly, Land Grab has been morphed into a constantly shifting array of three control points, which has been dynamically balanced so as to create a “compelling crescendo at match-end” as the leading team (or teams) approach obtaining the winning 11th point. Both modes suggest an awareness of what made the design of each game work from Boyce and his team, with the designer noting, “iterating on classic modes… demands an apt understanding of the established ‘north star’… while attempting to iterate toward current-day goals and player expectations.”

Whether these updates sate the appetites of patient and impatient Infinite players alike remains to be seen, although it certainly seems as if the developers have put a lot of care and thought into the updates. Plus, with a rumoured battle royale mode from supporting developer Certain Affinity on the horizon, it’s very possible that soon Halo Infinite may find itself quickly compensating for its lacklustre beginnings.