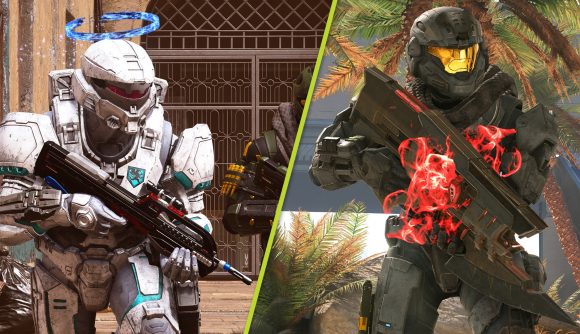 Videogame developer Certain Affinity yesterday revealed that it is working on “new” and “exciting” content for Halo Infinite that they think is set to evolve the game, working in conjunction with 343 Industries and “deepening” the relationship between the two companies. After reporting on this yesterday and speculating that Certain Affinity might be working on a battle royale mode for the game, some individuals have done more digging that supports that theory.

Back in January, Windows Central’s Jez Corden reported that the codename for Halo Infinite’s new Certain-Affinity-developed game mode was ‘Tatanka,’ but it wasn’t until yesterday’s official announcement from the company that the Halo community started to put on their thinking caps and link the two.

In a Reddit post, user ‘Yutuyo20’ revealed what they found after researching just who Tatanka is. “Certain Affinity’s codename for their Halo project is ‘Tatanka.’ Tatanka is a wrestler that [won] a 40 man battle royale!” they say in the post. The wrestler’s Wikipedia page does indeed cite a literary source indicating that this feat is true.

And if true, this would fit with what we’ve come to expect from Halo Infinite’s multiplayer format. The game is generally played in teams (or multiples of) four, with Big Team Battle consisting of two teams of twelve players. Therefore a battle royale of 40 players would mean ten teams of four players, which would be the likely style of battle royale as Halo is a team-based game.

There haven’t been any official announcements from either 343 Industries or Certain Affinity on what this new content coming to Halo Infinite is, but seeing as it’s billed as entirely new, we can rule out the modes we know about, like Forge and co-op.

It is worth pointing out that this is still speculation at this point, but the evidence does seem to be mounting for a Halo Infinite battle royale sometime in the future.