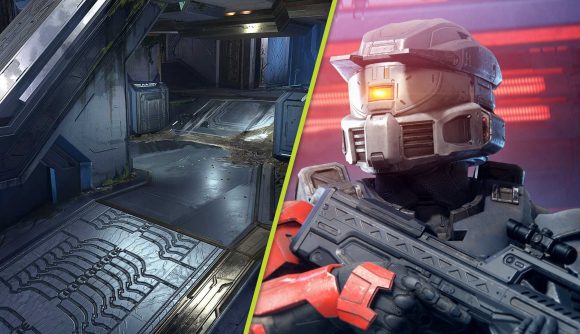 Halo Infinite launched without coop and Forge modes, but 343 Industries announced that these were in the works for a later date. Since then, the game has sparsely had any new content, its roadmap was delayed, annoying fans further, and 343 has been quiet about providing updates, which sparked esports pros to share their thoughts publicly. 343 has now provided an update, and there’s another delay, this time for the implementation of Halo Infinite’s co-op campaign mode.

In a Halo Waypoint blog post that provides more detail about the upcoming Season 2 and its changes, 343 explains why Halo Infinite’s campaign co-op will be delayed. “The reality is that it’s going to take more time to land a high-quality, full-featured 4-player network co-op experience in the massive, wide-open world of Halo Infinite,” the post says. “We’re also committed to a great 2-player split-screen co-op experience on all Xbox consoles, from the original Xbox One through Xbox Series X—and the non-linear, wide-open sections of the Campaign present some big challenges for split-screen that have taken us more time to solve.”

By the wording of the statement, it sounds like the development team are having more issues than they thought because they have to develop split-screen co-op for all Xbox consoles, including the Xbox One that launched in 2013. Split-screen already adds extra load, but add to that Halo Infinite’s open-world and we might have a situation where the Xbox One generation is holding the new generation back.

Halo Infinite’s seasons are three months long, so Halo’s campaign co-op could be delayed anywhere from weeks to months, but 343’s statement makes it sound like the latter. “All this means that we will not be able to ship Campaign network co-op on May 3rd, at the start of Season 2,” continued the post. “But we are still aiming to deliver Campaign network co-op later in Season 2, and we will share a release date for that and for split-screen co-op as soon as we can.”

343 explains these persistent delays by stating clearly that it is because they don’t want to overwork the development team. “We also have a ‘Priority Zero,’ that undergirds everything we do, namely: team health, with an emphasis on getting ourselves into a sustainable development rhythm so that we can deliver great experiences to all of you while keeping a healthy work/life balance.”

Alongside creating new content, 343 are also trying to fix some long-standing issues with Halo Infinite’s multiplayer. These fixes bring disruptions of their own, however, like rank resets. The player base has been dealing with these disruptions and delays since the multiplayer mode’s launch in November, and further delays will likely only serve to add to their frustrations.