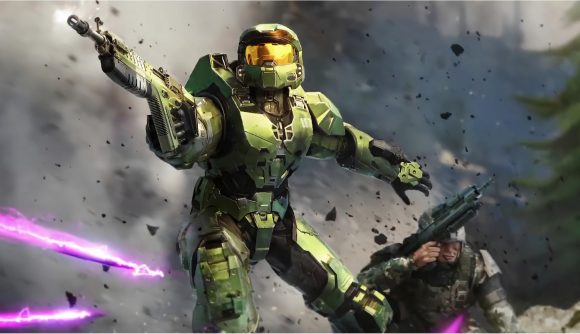 One feature that has been glaringly absent from early playthroughs of Halo Infinite‘s campaign is that there isn’t an option to replay any of the 14 Halo Infinite missions individually. Well, 343 hasn’t completely forgotten about this feature. It is working on it, but you might have to wait a while before it comes to the game’s campaign in a free update.

In a statement to The Verge, 343 Industries’ associate creative director Paul Crocker says that campaign mission replay “is being worked on”. Crocker goes on to say that the studio “wants to have [a replay feature] that works well, and when you have a more open game, it gets a lot trickier”.

Crocker also says that mission replays and co-op campaign support were identified as important features “from day one”. However, the studio “just had to prioritize what we could get done” before Halo Infinite’s release date. While it’s encouraging that this feature is being worked on, Crocker was unable to provide a time frame for when we can expect it to come to Halo Infinite.

The inability to replay missions is frustrating as it locks off a number of collectibles, including the game’s sought-after skulls and makes them impossible to obtain unless starting another playthrough.

As a result, finding all the Halo Infinite skull locations, alongside completing all the achievements might only be worth going after, once this feature has been added in, although that could be in the next few weeks or much later down the line.

Campaign co-op isn’t planned to be added until May 2022 and Halo Infinite’s Forge Mode release date is even further away, launching with Season 3 sometime in the second half of 2022. Hopefully replaying campaign missions is top of 343’s list of planned fixes and we will see the feature before we all lose hours of our lives playing the entire campaign repeatedly over the Holiday season.