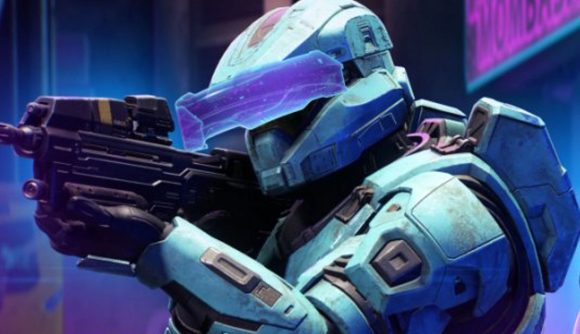 So far the reception to Halo Infinite’s multiplayer offering has been more than positive, but with one major caveat – its challenge-based progression system is incredibly unrewarding. Developer 343 Industries has already made a few simple tweaks to try and improve the player experience, but now it is rolling out more comprehensive changes to reward players for completing matches in Halo Infinite Season 1.

343 community manager John Junyszek has announced that XP payout for the first six matches of Halo Infinite each day would be increased. According to Junyszek, the changes were merited following the reintroduction of game completion XP in the November 19 Halo Infinite update. “After seeing how XP was earned with those changes,” he says, “we noticed that players were starting their sessions with slower payouts than we’d like.”

With the improved rates rolling out sometime in the near future, players can expect to enjoy a far more generous 300 XP for the first game they play each day, 200 XP for the second and third games, and 100 XP for the fourth, fifth, and sixth. From game seven onwards, the rate returns to the base 50 XP currently offered in return for playing Halo Infinite multiplayer matches.

Junyszek goes on to reiterate previous comments made by other 343 personnel – including community director Brian Jarrard – that bigger changes to Infinite’s multiplayer are on the way, but will take time. So far though, few can dispute that 343 has quickly taken up the helm to steer Infinite’s multiplayer progression in a much healthier direction.

We believe this increase will help address those slower initial payouts while also benefiting those of you jumping on each and every day.

The surprise launch of Halo Infinite’s multiplayer was an absolute treat for all involved. With players both old and new getting to experience the series’ crisp gunplay for free, 343 has clearly made a bold play to separate its multiplayer from the core campaign. Once progression is completely rectified, we could very well have a near-perfect multiplayer experience on our hands.