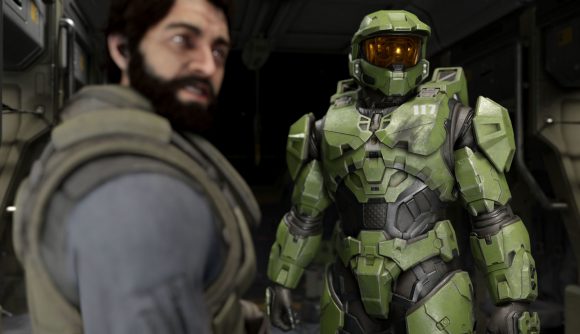 As more and more AAA titles look to shift their multiplayer or competitive modes to a free-to-play model, it looks as if the new Halo title will be following suit.

While it’s yet to be confirmed in any official announcements, an online pre-order listing appeared to leak that Halo Infinite’s multiplayer mode will be completely free. This has now been backed up by an Xbox Games Studios insider, who confirms the rampant rumours about the new Halo’s multiplayer. They also claim that the Arena mode will aim for 120fps on Xbox’s next generation console, there will be a battle pass system, and that customisation (and we all know that means skins, skins, and more skins) will be far greater than it ever has been in a Halo game.

With the franchise shifting to a free-to-play model for multiplayer, this could also open up the possibility of cross-platform compatibility between Xbox players and PC players. However, little has been given away so far as to whether this will be the case.

The team behind Halo seem to have noted the success of big name games going free-to-play, such as Call of Duty: Modern Warfare releasing its free battle royale mode in Warzone, or Rocket League making the decision to return to a free model very soon.

Since everyone is covering this topic, I might just go ahead as well.

While some Halo purists may not fancy the idea of any old scrub rocking up to their multiplayer mode and grinding out battle passes, a cosmetic-stuffed free multiplayer is fast becoming the quickest way for developers to rake in the cash.

Find out everything we know so far about the new game in this handy little guide, including the Halo Infinite release date.