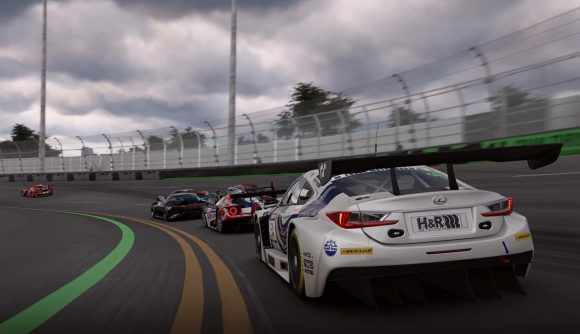 Gran Turismo 7 is Sony’s latest entry in its exclusive racer series, and the game’s release date is just over a month away. With whiffs of octane and apex hunting on the horizon, it might have you wondering just how much space you’ll need to clear from your console in order to get the title loaded and ready to go in time for release date.

The PS5 install size of Gran Turismo 7 without a day one patch is 89.445 GB, according to a tweet from PlayStation Game Size, an account that monitors new additions to the PlayStation database. This is currently unconfirmed, but the account is usually correct, and this is backed up by the fact that Sony’s official Gran Turismo 7 game page, which states that a “110GB minimum” of space is needed on your PS5 to play the game.

With a day one patch, this is likely to be more, and the title will almost certainly grow larger with future updates. With staple titles like Call of Duty also growing to circa 100GB file sizes and taking up valuable space on your PS5’s hard drive, you might end up elbow-deep in PS5 internals to install an NVMe SSD faster than you can curse the PlayStation gods for giving you less storage space than the PS4 Pro.

Gran Turismo 7’s early March release coincides with a shedload of highly anticipated titles, with Elden Ring, Horizon Forbidden West, GRID Legends, and more all releasing around that time. We recently reported that Elden Ring’s file size will be 44.4GB, so if you’re planning on picking up a few of these upcoming games, then it doesn’t leave a lot of free space leftover for storage on your PS5.

There hasn’t been a public beta test of any kind, and the game’s development team at Polyphony Digital hasn’t shown off much footage of the game, so we’re still somewhat in the dark as to how it will actually play. Though, we have had some details about what to expect when Gran Turismo 7 launches.

Gran Turismo 7 will be available for preload starting February 25, and it will release on PS4 and PS5 consoles on March 4.