Call of Duty: Vanguard is almost here, and in the build up to the Vanguard release date gamers have been quaking in their boots at the prospect of another mammoth Call of Duty game taking up even more precious storage space. The last two main series games, and even Call of Duty: Warzone, boast chunky file sizes that can sometimes swallow up entire hard drives.

Well, we now know the Vanguard file sizes and storage space requirements, and there’s good news – Vanguard will be nowhere near as beefy as previous Call of Duty games. Thanks to some technological upgrades, Sledgehammer Games has managed to reduce file sizes considerably when compared to the likes of Black Ops Cold War and 2019’s Modern Warfare.

So, how much storage space will you need for Call of Duty: Vanguard? Well, your Vanguard file size will range from between 54.6GB to 64.1GB, depending on which platform you’re on. To help you see exactly how much space you’ll need, we’ve got all the information broken down for you below.

Here is the Call of Duty: Vanguard file size for each platform.

Call of Duty: Vanguard’s file size for PS5 is 64.13GB when you download it, but it will require 89.84GB of storage on your hard drive. This is the largest file size of all the console versions of the game.

The Call of Duty: Vanguard PS4 file size is 54.65GB but it will need a whopping 93.12GB of storage space in total. Despite being a smaller download, the PS4 version will take up more room on your hard drive than the PS5 version.

Call of Duty: Vanguard’s Xbox Series X|S file size comes in at 61GB, and requires no extra storage space like the PlayStation versions do. That means you’ve got loads of room to squeeze plenty of the best Xbox Series X games. 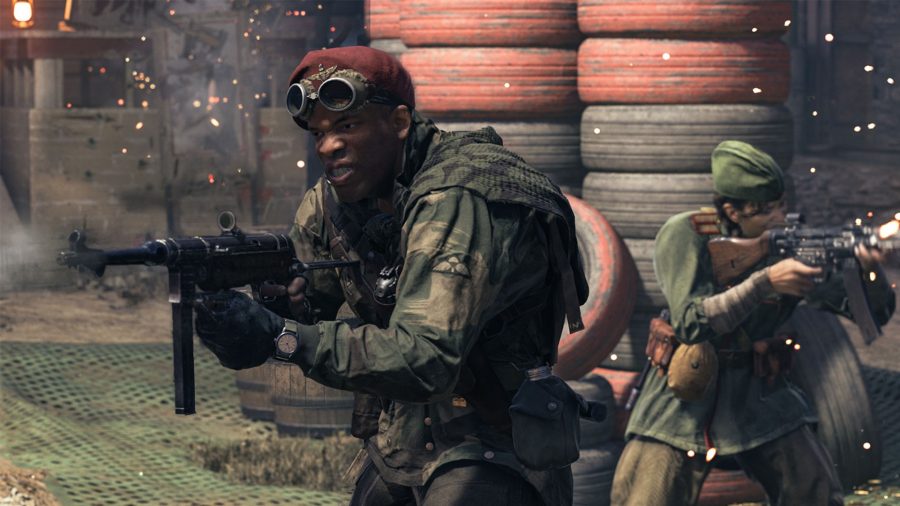 Call of Duty: Vanguard will have an Xbox One file size of 56.6GB, and will once again require no extra room on your hard drive once it’s downloaded.

The Vanguard PC file size will start at as little as 36 GB at launch for the standard edition. For those wanting tto play the game with competitive settings or in 4K resolution, this can be as high as 61 GB.

There is also the potential for future game updates increasing Vanguard’s file size.

For all the PC specs, check out this blog post.

Players can preload Call of Duty: Vanguard as early as October 28, more than a week before the actual Vanguard release date. Here is a rundown of the preload times for each platform.

PS4 and PS5 Vanguard preloads start on October 28 at 9PM PT in North America and South America. For other regions, preloads begin at midnight in your respective local time zone on October 29.

Xbox One and Xbox Series XS Vanguard preloads will begin for all regions on October 28 at 9PM PT. For other time zones, that works out as October 29 at midnight ET/ October 29 at 5AM BST.

PC Vanguard preloads will begin on November 2 at 10AM PT.

So that’s all the information on Call of Duty: Vanguard’s file sizes and preload times for each platform. Make sure you’ve got enough storage space ready and get preloading so you can jump straight into multiplayer with your best Vanguard STG 44 class as soon as possible!