Forspoken has been a mysterious title ever since it was announced at the PS5 reveal in June 2020. However, excitement for the game is high with RPG masters Square Enix developing and publishing the title.

The RPG also has a pretty impressive roster of talent behind it with Hollywood star Ella Balinska playing the game’s protagonist, Frey Holland. The world was also created by a team of writers from across media, led by Rogue One: A Star Wars Story writer Gary Whitta. At the recent PlayStation Showcase, we got our first look at some Forspoken gameplay, seeing Frey in action casting all manner of spells after stumbling through some kind of interdimensional portal.

Gamers are keen to know the Forspoken release date and they’re also on the hunt for details on the game’s gameplay, story, and features. Read on to find out more about Forspoken ahead of its PS5 and PC release.

The Forspoken release date is set for October 11, 2022. The game was set to release in May 2022 previously.

Square Enix announced the delay on Twitter saying that the need to spend the next few months focusing “all of our efforts on polishing the game”.

A message from the #Forspoken Development Team. pic.twitter.com/T302V6h4Np

Originally, it looked like Forspoken was set to launch in January 2022, thanks to a leak from Sony during CES 2021, which listed the release window in a sizzle reel for the PS5. But, due to the COVID-19 pandemic and other factors, it seems like the game has been pushed back a few months.

Forspoken will release on PS5 and PC. The game has been “designed for PS5” according to Square Enix, so don’t expect to see Forspoken hit Xbox Series X|S. 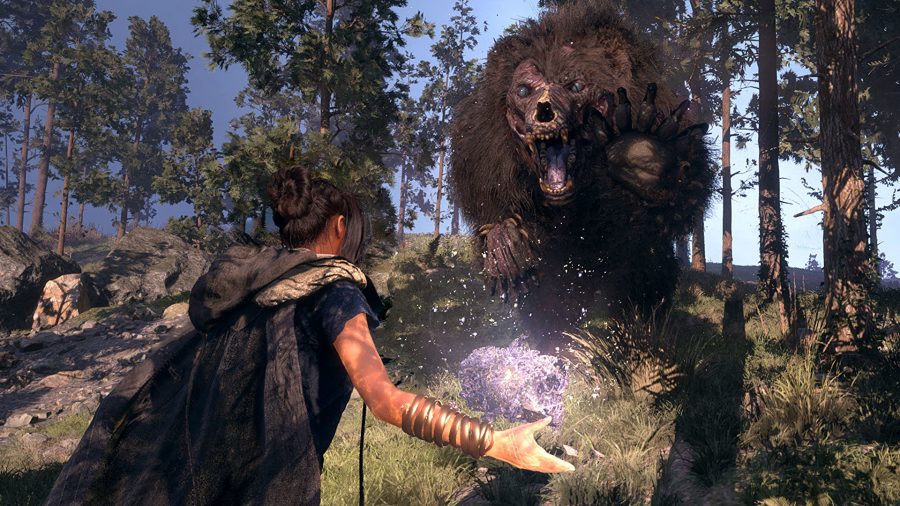 Forspoken’s story takes place in the fictional land of Athia. Frey Holland enters the beautiful, but dangerous world by accident and uses magical powers granted to her to traverse across Athia and survive.

As mentioned previously, details on the story are pretty light right now, but we are expecting to hear more about the game soon, including at the PlayStation Showcase taking place on September 9.

IGN has released a four minute long gameplay demonstration of Forspoken, showcasing traversal, combat, and even the game’s menus. When it comes to traversal, we see Frey has a limited number of dashes and a variety of combat options.

The menu showcases multiple JRPG customisation and progressions system, including Magic skills, Gear with levels and Nails (which provide buffs) to Frey’s power and abilities.

That covers everything we know about Forspoken, including the Forspoke release date. While you wait for Forspoken on PS5, check out some of the best PS5 games on the system and some upcoming PS5 games.