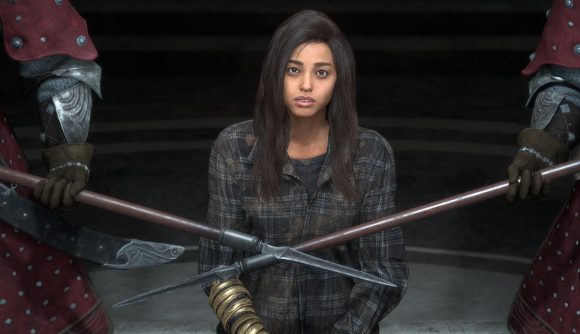 Since its reveal at the PS5 showcase in June 2020 Forspoken has been pitched as an evolution of Square Enix’s traditional single-player JRPG formula by blending the fantastical with the realistic. However, it does look like the game will borrow one element from modern day live-services and online games: microtransactions.

Having just been rated by the ESRB, Forspoken’s rating description says that the game will have “in-game purchases”, which is likely referring to microtransactions or at least extra DLC packs at launch. This is the first we are hearing about microtransactions and additional DLC at launch within Forspoken and is a tad surprising considering previews and gameplay for the game have shown it to be a traditional, straight-shooting, single-player RPG.

We don’t yet know what these microtransactions will encompass. However, when you dive into some of the systems on offer, such as Forspoken’s nails mechanic, which gives you buffs and upgrades, and a collection of skins and outfits for Frey, it doesn’t seem too surprising. The game also has resources, which we could see sold in the game’s store. In fact some of them are even being offered with the Digital Deluxe edition of the game.

The Digital Deluxe Edition of the game also includes a prequel DLC, which might be available to purchase in-game, which could be what this is referring to. The Loadout has reached out to Square Enix for more details on the planned in-game purchases for Forspoken.

The ratings board also gave the game an M rating describing the game as having “zombie-like creatures”, “cries of pain”, a character trying to jump off a building, someone being held at gunpoint, and a lot of expletives. 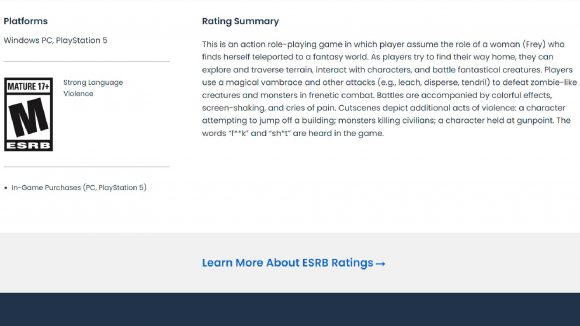 The Forspoken release date is set for the end of May, so we don’t have long to go. With gameplay showcases and new trailers likely lined up over the coming months, hopefully Square Enix will dive into just what they will be selling in-game.