Final Fantasy 7 Crisis Core Runion pre-orders are now available – although, as far as we can gather, they’re only available to order via a two UK retailers: Amazon UK and Base.com. This is no doubt going to be exciting news for any UK-based Final Fantasy fans who want to make sure that they get this remaster on day one.

It’s almost surreal to be able to say that Final Fantasy 7 Crisis Core Reunion pre-orders have gone up because just a few weeks ago, the idea that Crisis Core would get any kind of re-release or remake would have seemed pretty far-fetched. This was because of the fact that the character Genesis is modelled on the famous Japanese musician, Gackt, creating licencing issues which made revisiting the game difficult. It is also originally a PSP game which is significantly outdated hardware in 2022.

Originally the game was released for PSP, but Square is going out of its way to make improvements to the Final Fantasy Crisis Core remaster, including upgrading all the characters with new HD model replacements. We’ve yet to see the full scope of the improvements, but the trailer certainly looked impressive and it may even tie into Final Fantasy 7 Rebirth. 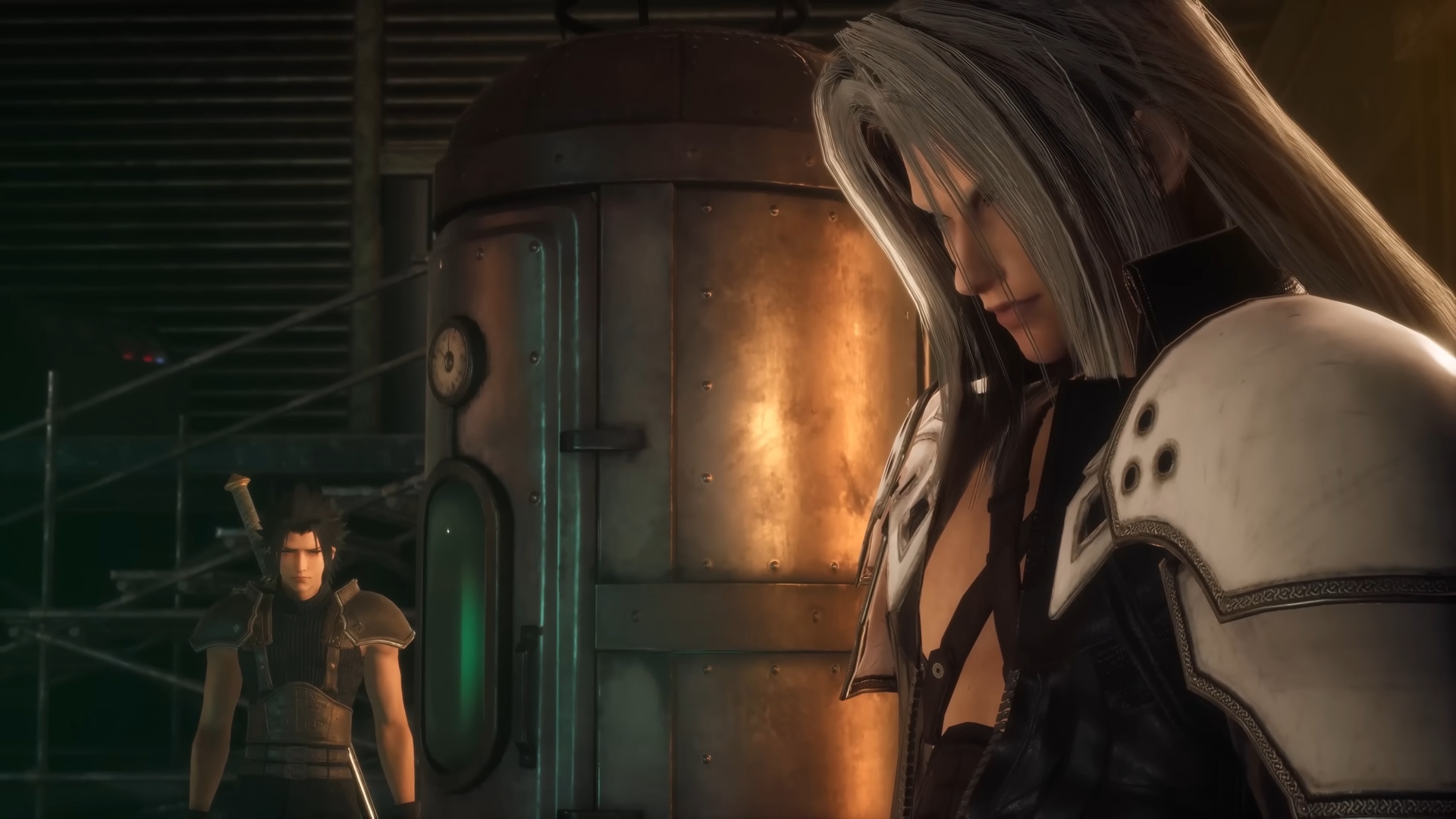 Final Fantasy 7 Crisis Core is releasing on PS5, PS4, Xbox Series X|S, Xbox One, and Nintendo Switch. You can now pre-order the game on each of these platforms via Base.com in the UK and Amazon in the US.

Base.com lists the release date for this game as December 31 2022, but this is most likely a placeholder as the game is set for a vague “this winter”.

Pre-orders for the game in the UK on Amazon have also gone live:

At this point in time, no special edition of the game has been announced, and indeed, it might be that Square Enix won’t release one. However, we think there’s a good chance that there will be one at some point down the line, and we’ll update this page as soon as we know anything.

For more Final Fantasy content, have a look at our Final Fantasy 16 release date article, where we speculate about when we might be able to play the next main instalment in the series. If you’re looking for something to play while you wait for Crisis Core, check out our guide on the best PS5 RPG games (it includes Final Fantasy VII Remake).