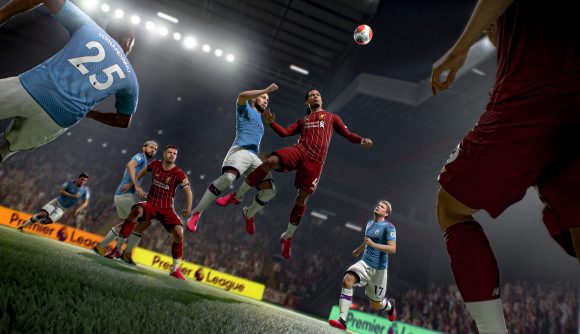 The FIFA 21 Team of the Year has been leaked by multiple sources ahead of its full release later today. While we knew the players who will feature, nobody knew the stats of the defenders and goalkeeper until now.

Top FIFA players and some of the biggest streamers will be taking to the pitch in a Twitch Rivals tournament as the TOTY defenders drop into packs – and their teams, which EA kindly furnished them with for the tournament, contain the coveted Team of the Year cards. The tournament accounts also have a plethora of packs waiting to be opened, allowing the players to create the very best teams possible.

FIFA streamer Edwin ‘Castro1021’ Castro was logged into his EA PlayStation account when he accidentally showed his club – with the Team of the Year defenders and their stats on full show. He also searched the club for Neymar, suggesting that he believes PSG’s Brazilian playmaker will be the 12th man to get an upgrade card in the event.

You can watch the full clip here:

Craig ‘NepentheZ’ Douglas also posted the stats of the Team of the Year defenders on Twitter, which allows FIFA fans to get a look at the lower-rated players – namely Alphonso Davies and Trent Alexander Arnold, the two fullbacks in the team.

Just seen this pop up on my TL. Stats for the defenders here. pic.twitter.com/fdJznHrYej

Whether you’re planning to jump into the inevitable lightning rounds to pack a TOTY defender as soon as they’re released or just watch Twitch Rivals and keep your fingers crossed for the best drops, it’s an exciting time of the year to play Ultimate Team.

While the overall rating of FIFA 21’s Team of the Year is lower than that in previous years, some of the cards are still horrendously good. Mbappe will speed past defenders with his 99 pace – except for TOTY Davies of course, who matches the Frenchman on the stat, and only has two less acceleration: 96 to Mbappe’s 98.

If you’re investing in the upgrade SBCs currently in the game, we’d recommend picking up some of FIFA 21’s cheap high-rated players on the transfer market to help you out.