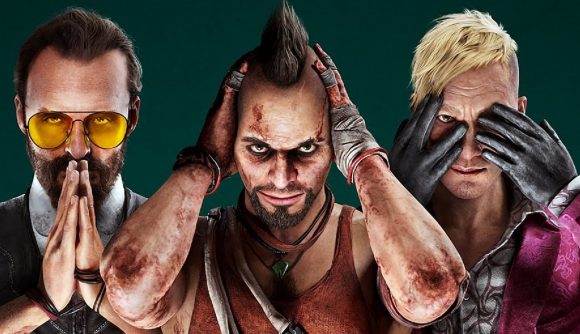 While Ubisoft appears to have been hard at work creating the biggest, most immersive, and most chaotic world yet for Far Cry 6, the action is not confined to just the island nation of Yara.

In a big surprise to fans, it was revealed that an experience called Become the Villain would also be released alongside the main game as part of the Season Pass. This features three “DLC episodes” which take players inside the minds of three of the most maniacal and cold-blooded Far Cry villains in the franchise: Vaas Montenegro, Pagan Min, and Joseph Seed. While we know they will be psychedelic and gory explorations into the minds of the villains, Ubisoft hasn't revealed much on the mode yet.

To change that, we posed some questions about Become the Villain to Far Cry 6’s narrative director, Navid Khavari, and content director, Omar Bouali.

While Far Cry is no stranger to making some wacky additional content (we’re looking at you, Blood Dragon), Become the Villain does seem to be the most ambitious and out-there yet. Khavari explains how such a radical idea came to pass and how Ubisoft laid the groundwork to make it attractive to Far Cry fans.

“It came from what might be the biggest ‘What-if?’ I’ve ever seen in a meeting with our core team and Dan Hay, our brand executive director,” he says. “We knew the fans were dying to see these characters again. We also knew that for us to pull it off, we had to bring back the original cast. That was a fact. But what was equally important was that we were not just bringing back these iconic characters for some quick cameo. It needed a hook, a twist.”

And what is that twist? Well, it essentially revolves taking their villainous tendencies and serving them up to the player in the rawest, most unfiltered form possible.

“Far Cry villains constantly surprise you, taking what you consider right or wrong and twisting it into something terrifying,” Khavari says. “They view the world differently. So what if you could go inside that mystery box and experience what makes them tick? To survive the violence, fear, and egomania of their minds from their perspective?

“Yes, [you will] get to see their POV of iconic moments from the previous games but also discover new facets about them you don’t know. The possibilities were endless.”

While there is certainly an element of nostalgia here with the promise of past moments in the series coming back, Ubisoft clearly wants you to experience them in a completely new (and even more terrifying) way.

But how are these three episodes for Vaas, Pagan, and Joseph going to play out? Are they interconnected? And what is the actual end goal?

“We didn’t want just a linear experience,” says Bouali. “We wanted to treat their mind as a world with many different locations you can explore in any order you want to survive and escape.” 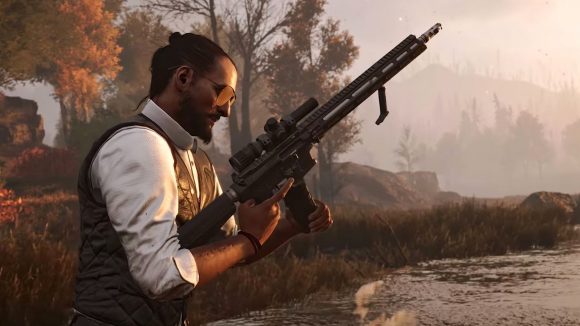 The trailer for Become the Villain appeared to show that areas of the worlds from previous Far Cry games will be explorable. Bouali confirms this, but hints that they will look and feel very different from how players remember them.

“We want players to experience iconic and memorable locations from Rook Island, Kyrat, and Hope County but in a twisted way from the villain’s perspective, and with some surprises,” he says. “Every aspect of the experience feels like being inside each villain’s mind, from the locations themselves but also the art direction, the characters, the animations, and the music.”

While the main game will keep players entertained with numerous Supremo backpacks and a riveting performance from Giancarlo Esposito as dictator Anton Castillo, Far Cry 6’s Become the Villain will arguably do more to capture (and mess with) the hearts and minds of the series’ hardcore fans.