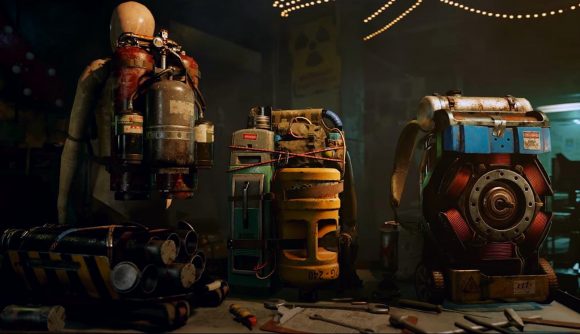 One of the barmiest bits of all the Far Cry 6 footage we’ve seen thus far are the backpack contraptions known as Supremos. These do-it-yourself, workshop-built gadgets strap to your back and offer an extra layer to the game’s combat.

Trailers and gameplay videos have shown off two absolutely bonkers Supermos backpacks so far. There’s the Furioso, which lifts you into the air like a jetpack allowing you to pull off a fiery superhero landing, and the Exterminador, which fires an artillery barrage of explosives onto enemies. Both are very aggressive and attack-minded, but it sounds like they won’t be your only options.

Far Cry 6’s world director, Benjamin Hall, confirms that there are more than just the two Supremos in Yara. “It’s true that we haven’t revealed the whole Supremos roster just yet, and I can’t wait for you to discover them all,” he tells The Loadout.

He also promises that the other Supremo variations won’t all be super aggressive death machines like the Furioso and the Exterminador either, saying “there is a Supremo for everyone.”

“Our philosophy when approaching that feature was to make sure that Supremos support all kinds of playstyles,” Hall explains. “You’ve seen a few in our trailer, like the Furioso, a great tool to create chaos through fire! Or the Exterminador, with its barrage of rockets, a fantastic way to get rid of those enemy helicopters for instance. But Supremos aren’t all about combat, they can also support stealth, navigation, and more – there is a Supremo for everyone in Far Cry 6.”

While we’re not yet sure how many Supremos we’re getting, expect at least two more on top of the ones we know about already to fulfil the “stealth” and “navigation” playstyles Hall alludes to.

If you’re as interested in Far Cry 6’s villain Anton Castillo as you are in rocket-firing backpacks, be sure to check out what narrative director Navid Khavari told us about his first encounter with the man portraying Yara’s dictator, Giancarlo Esposito.